This post details how to easily deal with a request from Apple to update an old app that is still working perfectly — without having to setup a development environment to build it from source.

There’s an App Store cleanup going on under the banner of “Improving the App Store”. I approve of this, in principle: removing apps that no longer launch, crash or otherwise operate incorrectly is a Good Thing™.

However, I’ve had a request to update an app that still functions perfectly despite not having been updated since 2011. That’s Snow Leopard vintage for all the old timers that are reading!

First thing to know is that you can appeal such a request. You probably won’t have much luck—I didn’t. “Computer says no.”

A much easier way is to take the old, bug-free binary—easily downloaded from the App Store—and repackage it so that it appears to be new. Sounds like a plan!

The old icon was made before Retina displays existed, and even before multiple images in .icns files was enforced. So I had to make a new one. However, Apple has removed Icon Composer from their Developer Tools because it doesn’t support the 1024px icons required for the latest Retina displays. This makes things a little trickier.

As of today there are two options to create a valid Retina compatible .icns:

So, what exactly are we doing here?

Uploading to iTunes Connect outside of Xcode requires Application Loader. I tried using the version that comes with the latest Xcode, but it was giving me some nonsensical, badly written error messages: 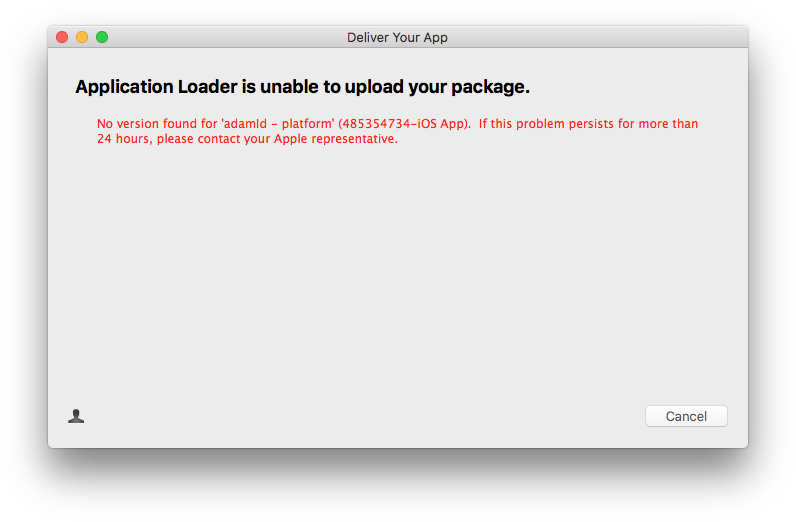 Some Googling found a StackOverflow post that recommended using Application Loader 3.0. After downloading this older version (interestingly it’s the one Apple link to from iTunes Connect) everything went smoothly! 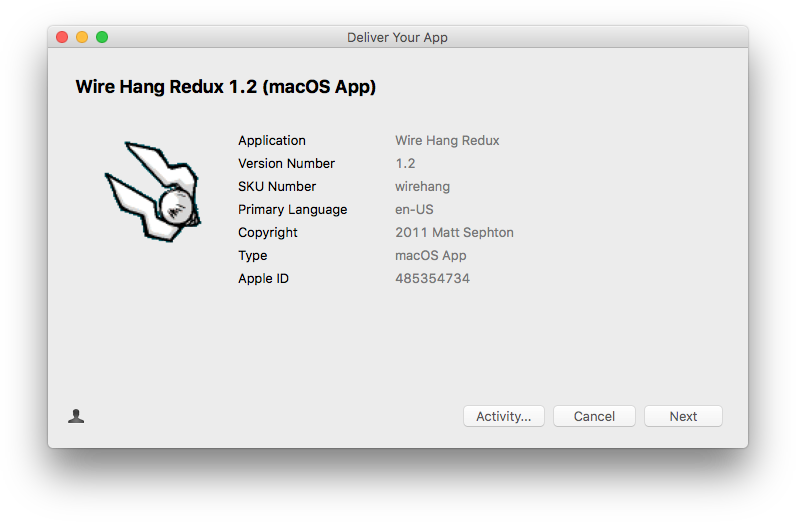 After these simple changes you can resubmit. But what to write in the version change log? I tried the following:

A new build with no changes because Apple asked for it, despite the game still working perfectly after all these years!

I was bitter. Metadata Rejected.

New build required due to the App Store Improvements process.

I was perfectly honest. Metadata Rejected.

Got to love that new icon. Application Approved!

Hopefully you can get your app back on the App Store without too much effort. Of course, you should only do this for apps that you know are functioning correctly. Good luck!

Final thanks to Mark Sibly of Blitz Research for making a tool that produces game binaries that stand the test of time! I can’t believe those binaries still run without error all these years later.

A note to Apple Developer Relations

Rather than drawing an arbitrary line by date, how about investing in automated testing of apps? Developers would appreciate Apple taking on that burden, rather than asking developers to do new builds of apps that don’t really need it. Thanks for reading.

Wire Hang Redux, the game I did this for, is no longer listed on the Mac App Store. The reason being that I didn’t have a 64-bit version ready-to-go for the 2017 deadline Apple set for removal of 32-bit-only apps.

Since then I’ve been selling it elsewhere with better results. You can grab it from itch.io.

I’m republishing this article to help developers dealing with similar requests from Apple over 5 years later.