I recently did a teardown and clean of one of my Japanese Mega Drive controllers. When I received it I notices that it had some sticky residue in the inside of the the d-pad causing up and right to feel a bit sticky.

The controller is called the BLASTER, sometimes MEGA BLASTER, and was released by ACE which was a sort of hardware sub-brand of the game developer Sur Dé Wave.

This particular controller is one of two colours that were available for the Sega Mega Drive, though you could buy an equivalent for PC-Engine and maybe some other platforms.

The bottom half of the shell is held together with three small Philips screws, all visible, and three clips on the bottom and sides that need to be carefully pressed to release the shell. 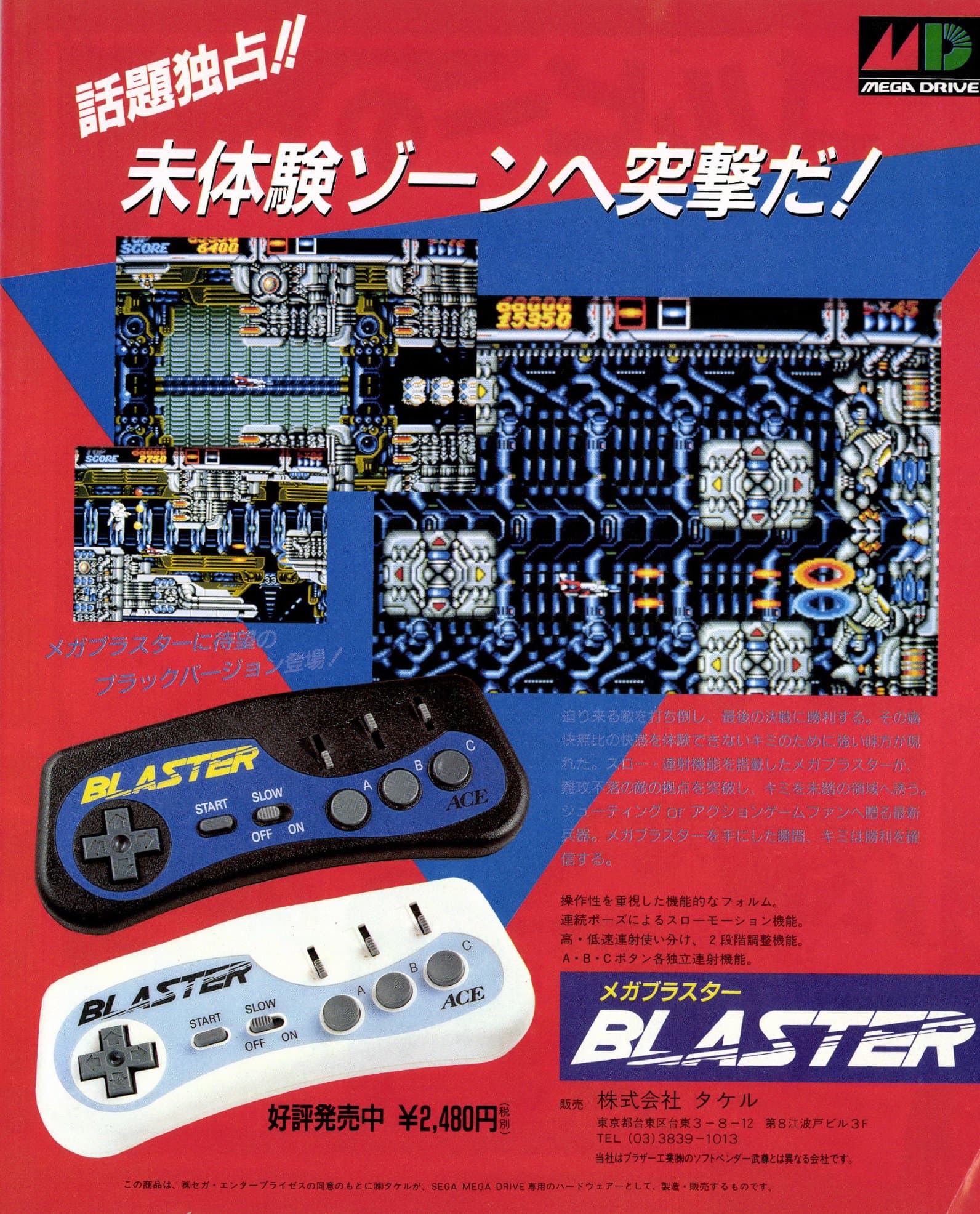