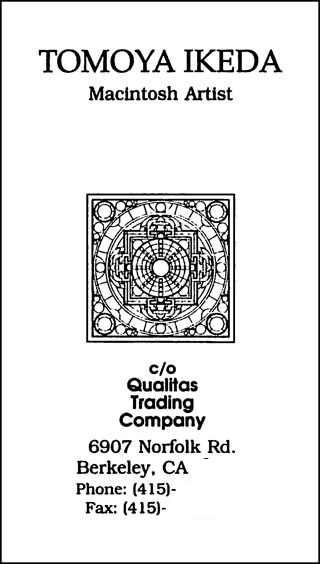 Tomoya Ikeda (池田友也) might not be a name you’re familiar with, but if you used a classic Macintosh computer at any time during in the 1990s you’re likely already familiar with some of his work. 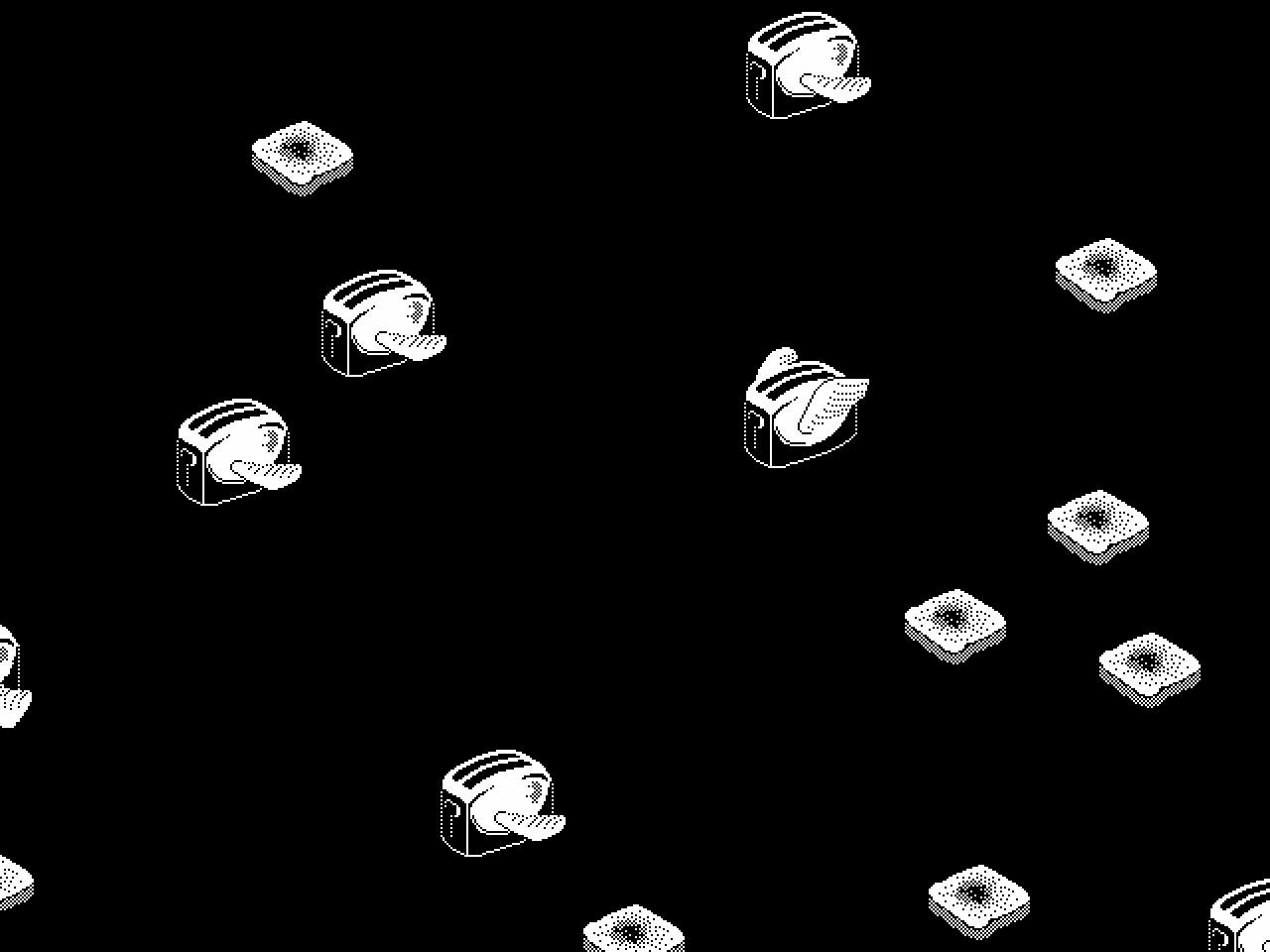 Tomoya Ikeda played a key part in the evolution of After Dark’s world famous Flying Toasters. The original prototype artwork was done by Jack Eastman, at which time Ikeda-san was brought in as a contractor to draw the final 1-bit artwork. Later versions of the toasters were drawn in colour by Igor Gasowski and eventually rendered and animated in 3D by Jarir Maani. 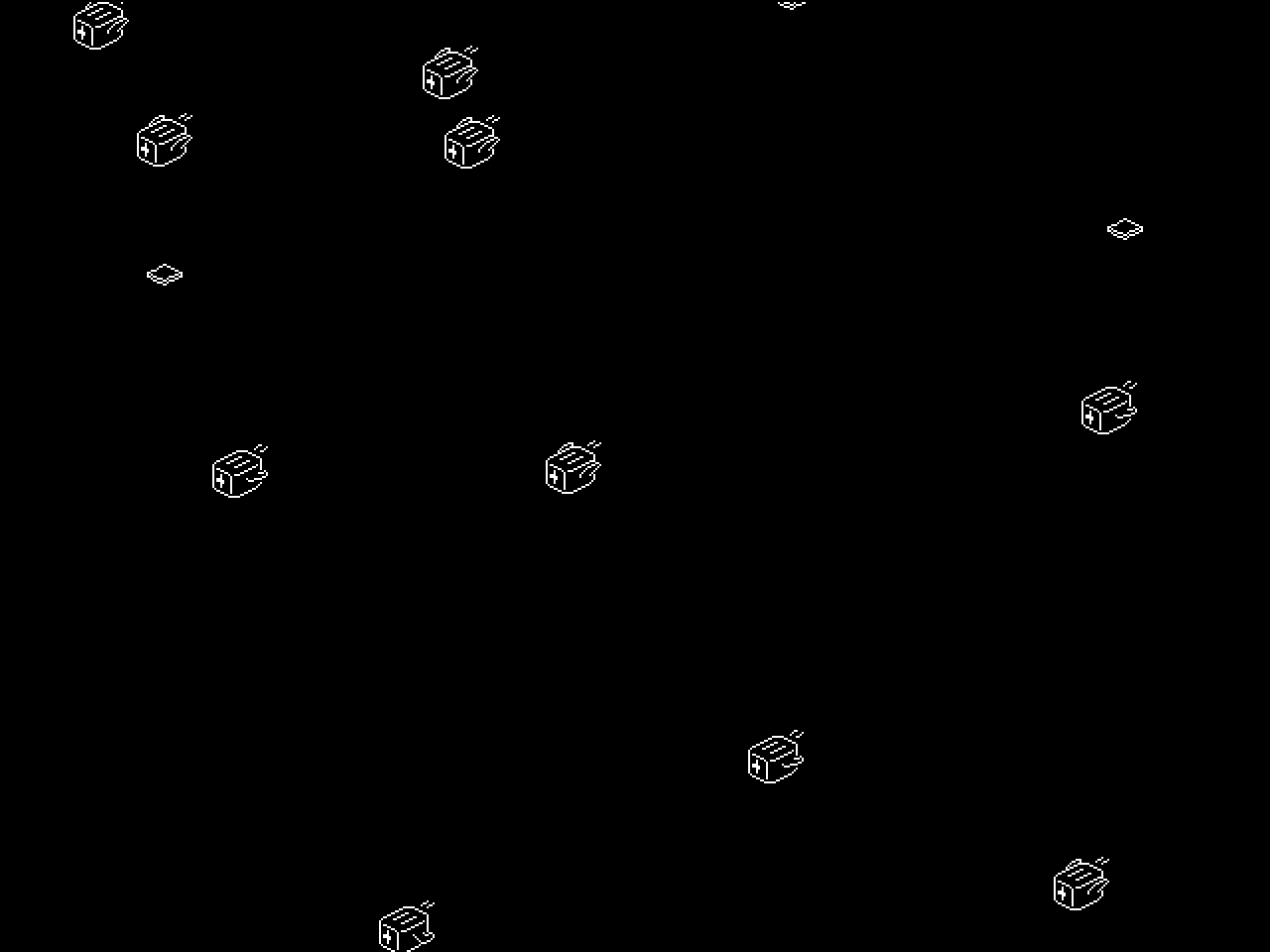 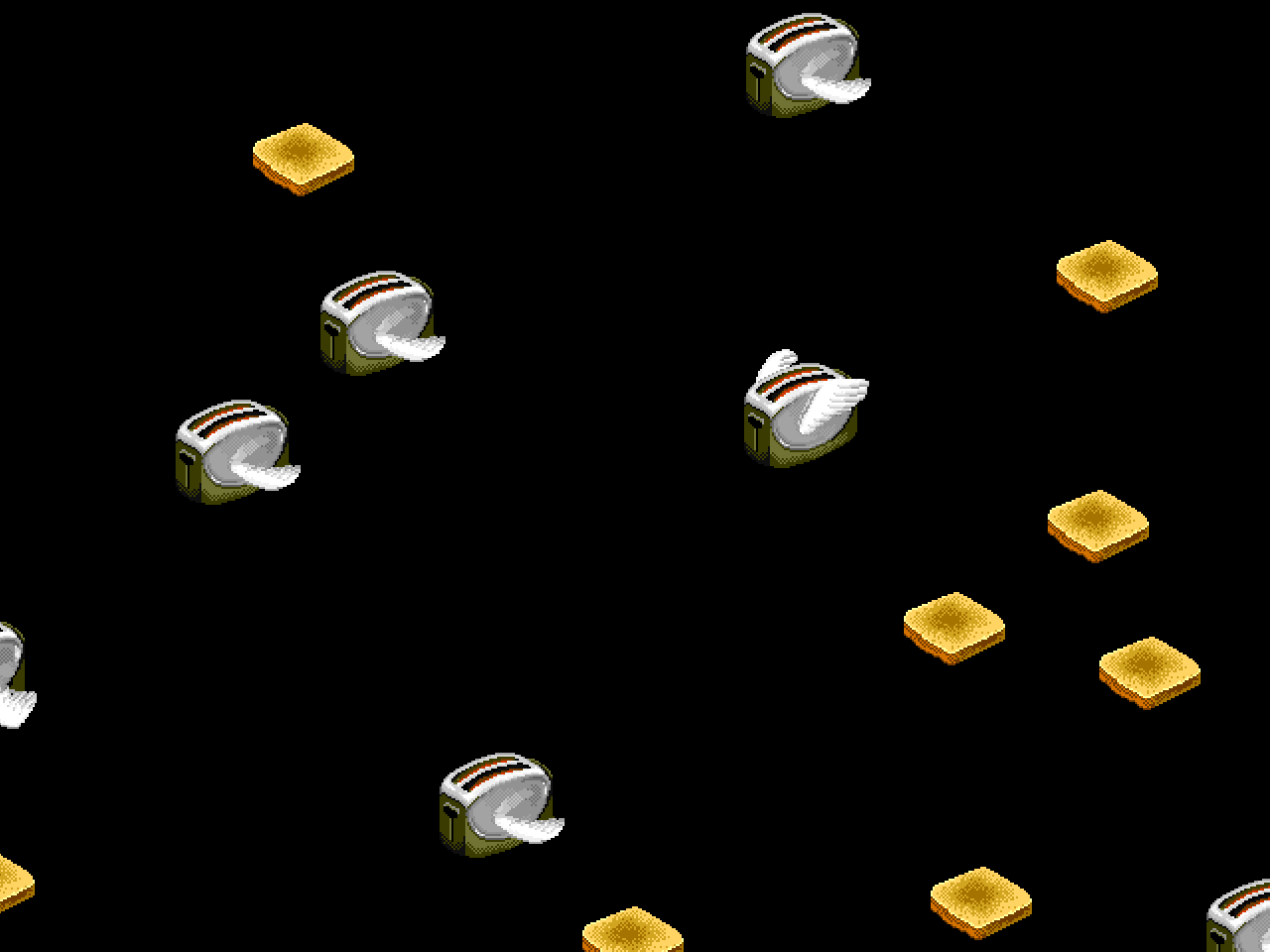 Tomoya Ikeda also did the artwork for the Fish! screensaver module in Macintosh After Dark 2.0, once again replacing existing artwork from its life as Mac Fish! by Tom & Ed’s Bogus Software. 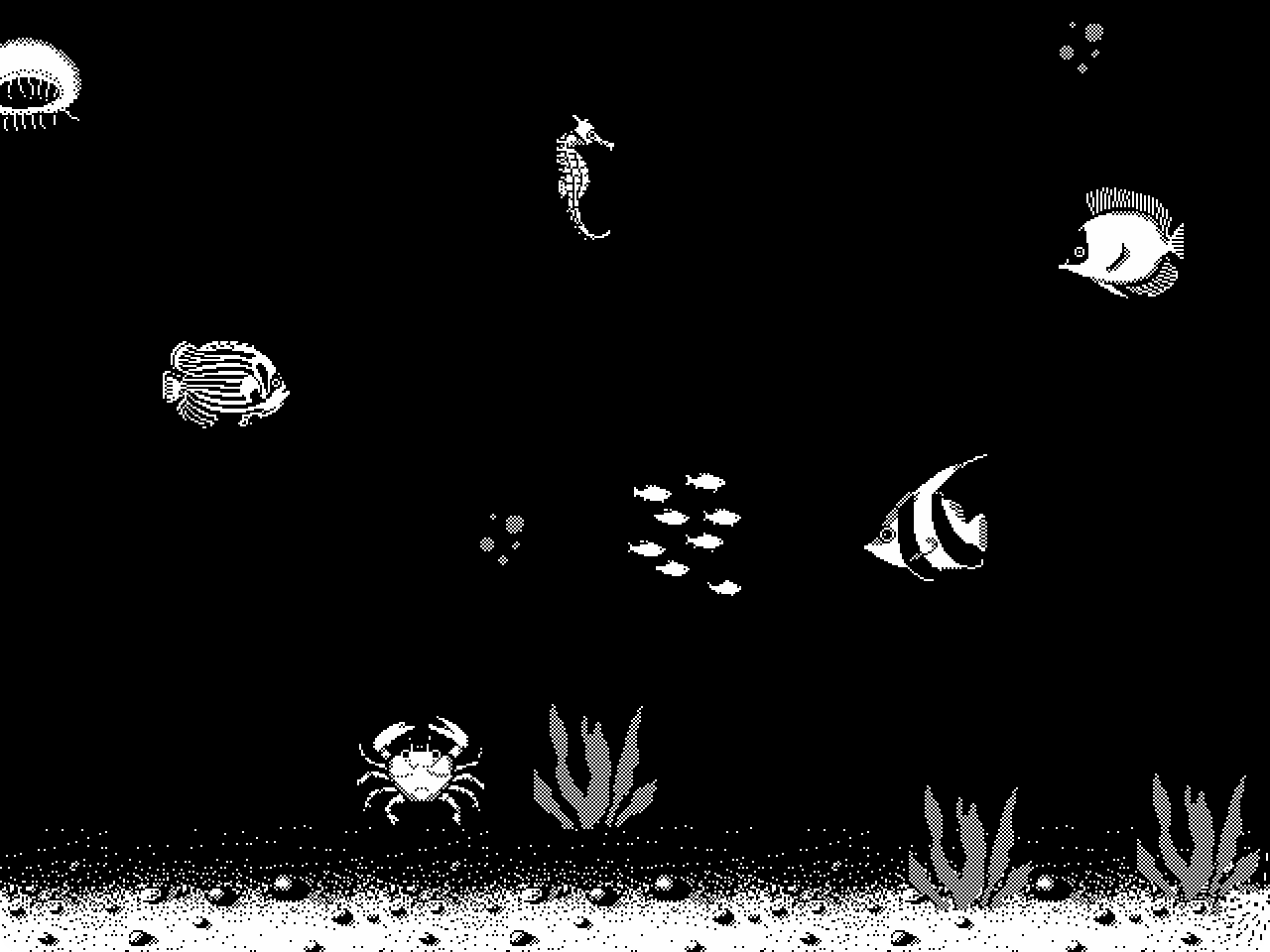 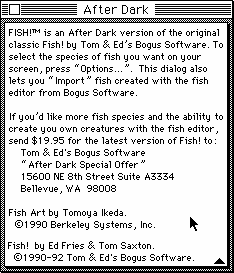 We need to travel back in time a bit, to the days before Ikeda-san was living in California. When he was in Japan he worked for a company called Enzan-Hoshigumi (演算星組). The company name is best translated as “Computer Gangsters”.

They became well known on the early Macintosh scene by providing collections of extremely high quality Clipart in a traditional Japanese style, Dennou Emaki (電脳絵巻 or Cyber Picture Scroll), mostly drawn by Ikeda-san. And also their MacCalligraphy package that allowed drawing of traditional Japanese calligraphy using only the Macintosh mouse, with the thickness and subtleties of each stroke being controlled only by the speed and movement of the mouse.

The 1988 MacWorld EXPO held in San Francisco was attended by over 45,000 people and hosted over 400 exhibits, one of which was Enzan-Hoshigumi. The hot topic of the time was the new, colour and expandable Macintosh II. Photos courtesy of Izumi Okano. 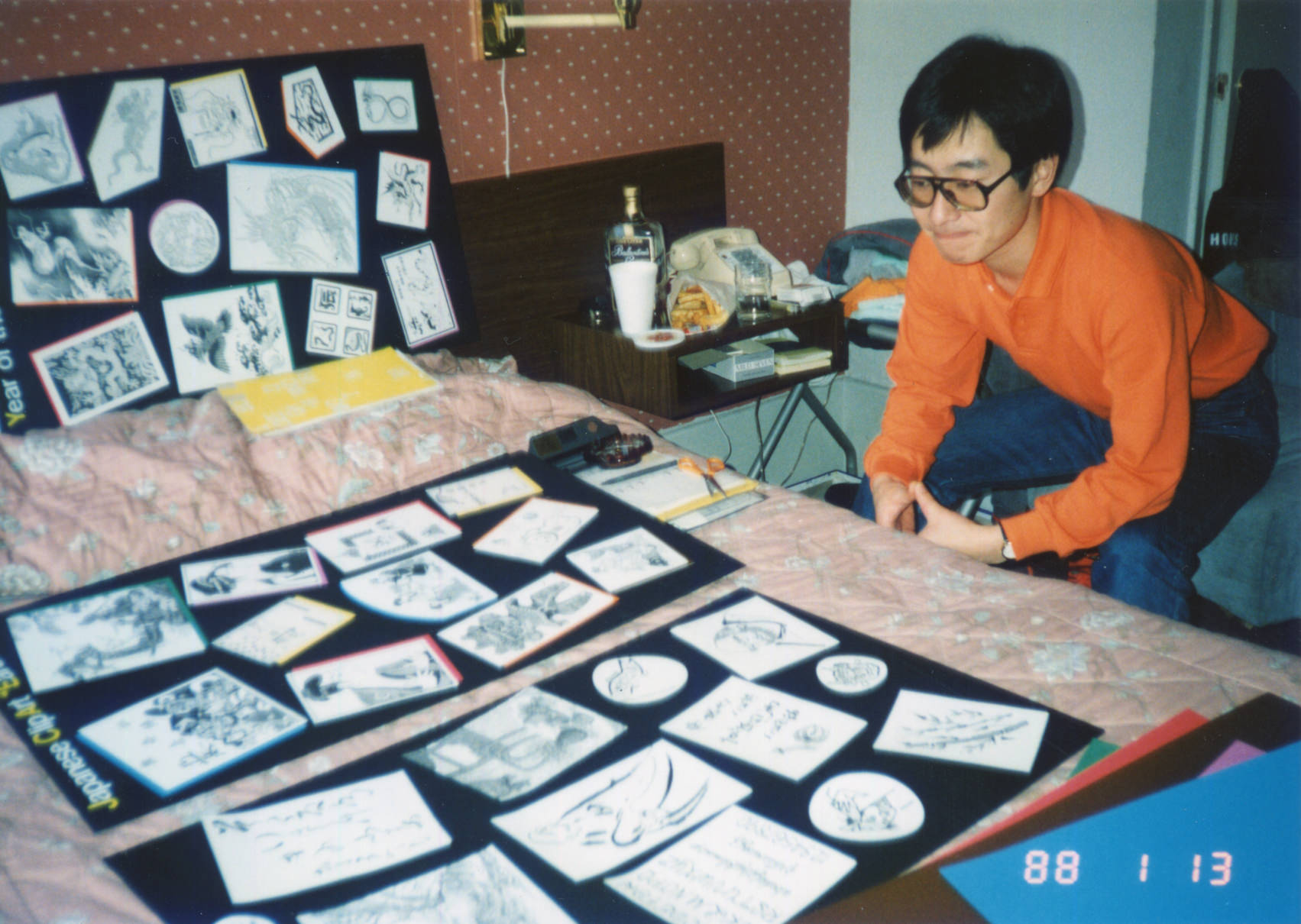 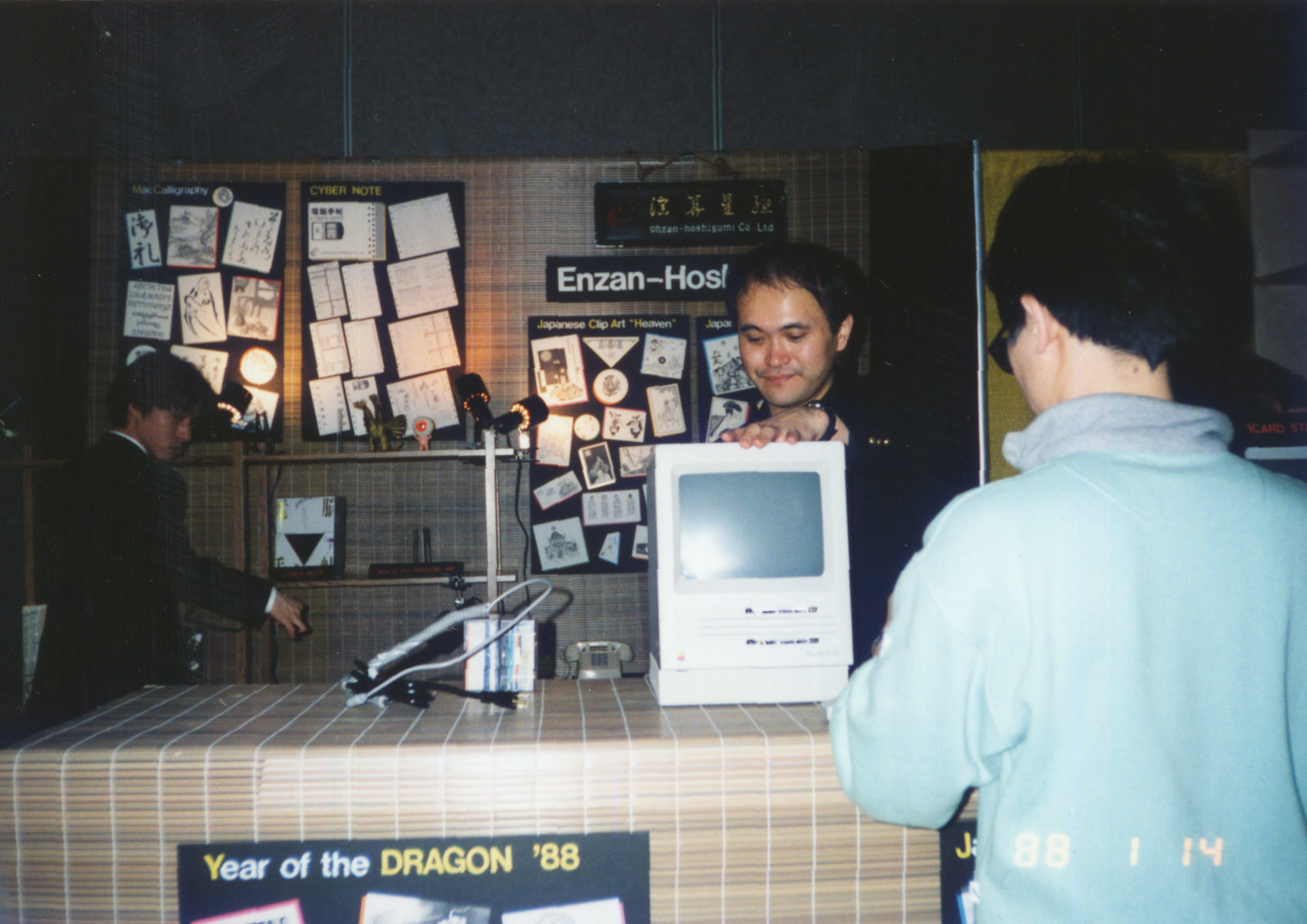 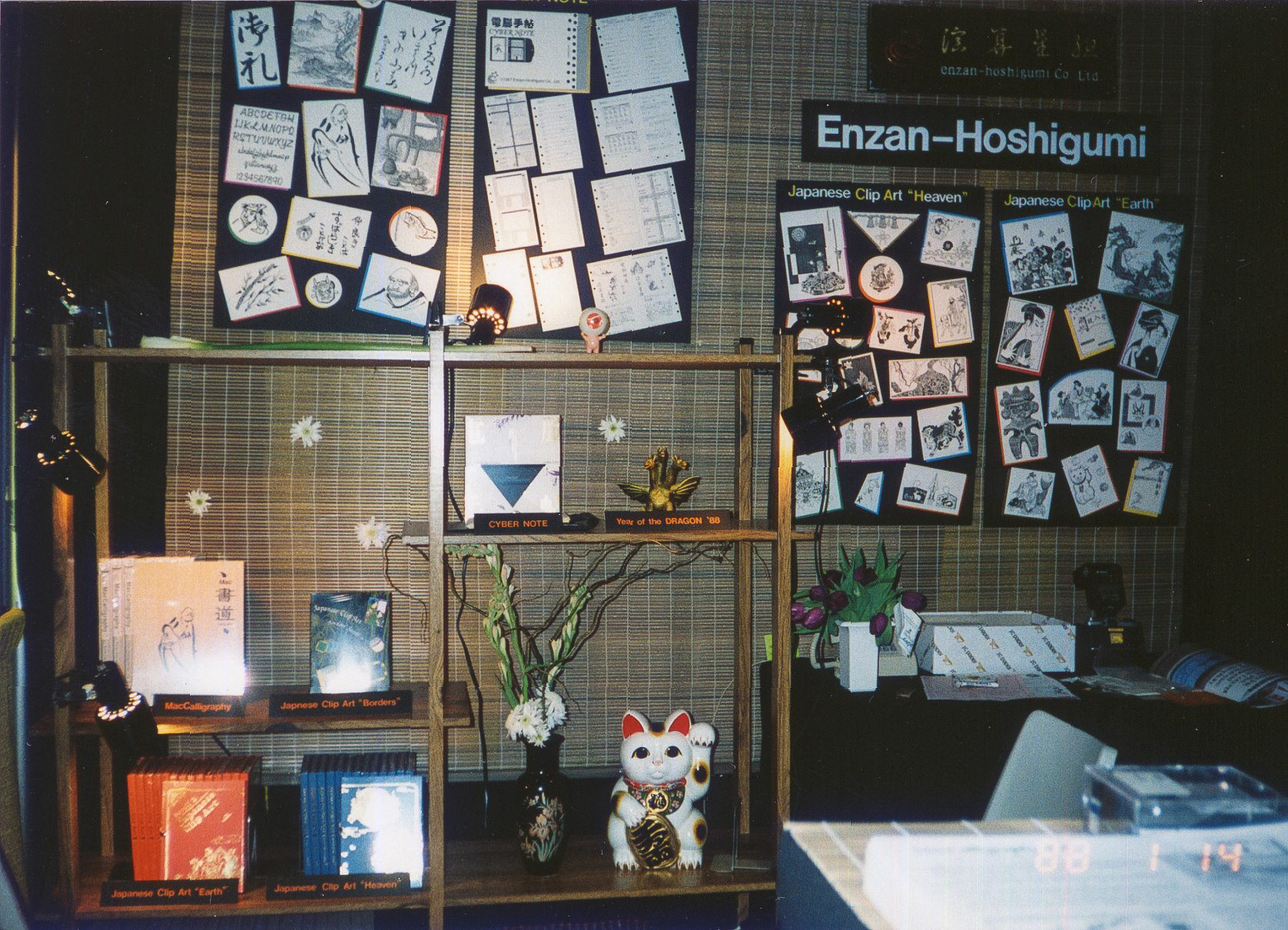 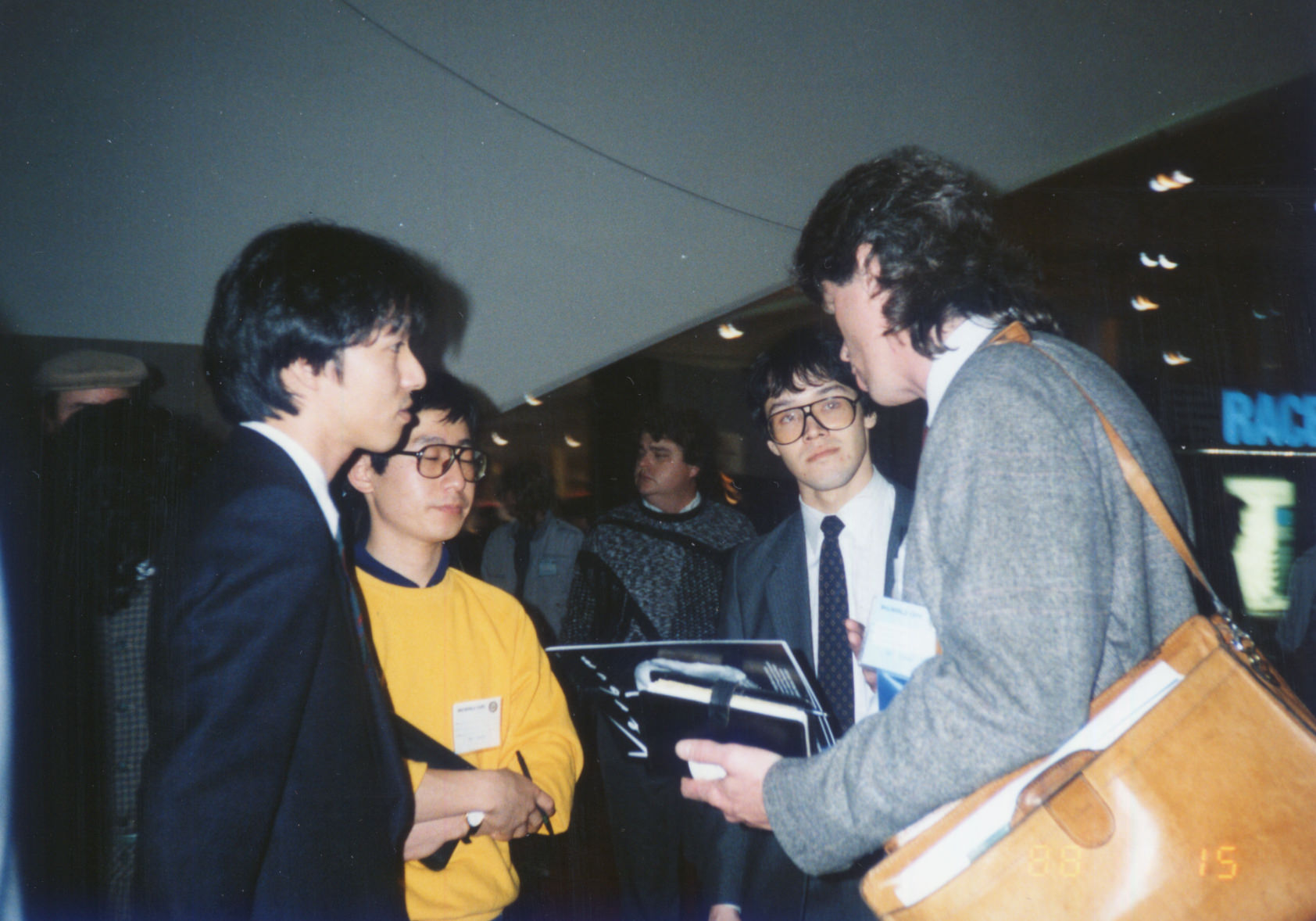 The Boston MacWorld EXPO event later that year also had an Enzan-Hoshigumi stand, accompanied by a 7x12 feet multi-panel Japanese folding screen comprised of a sheet-by-sheet assembly of thermal prints from an enlarged Tomoya Ikeda PixelPaint illustration. The screen was later shown at the “imagine” event organised at Boston Computer Museum by Verbum Magazine. 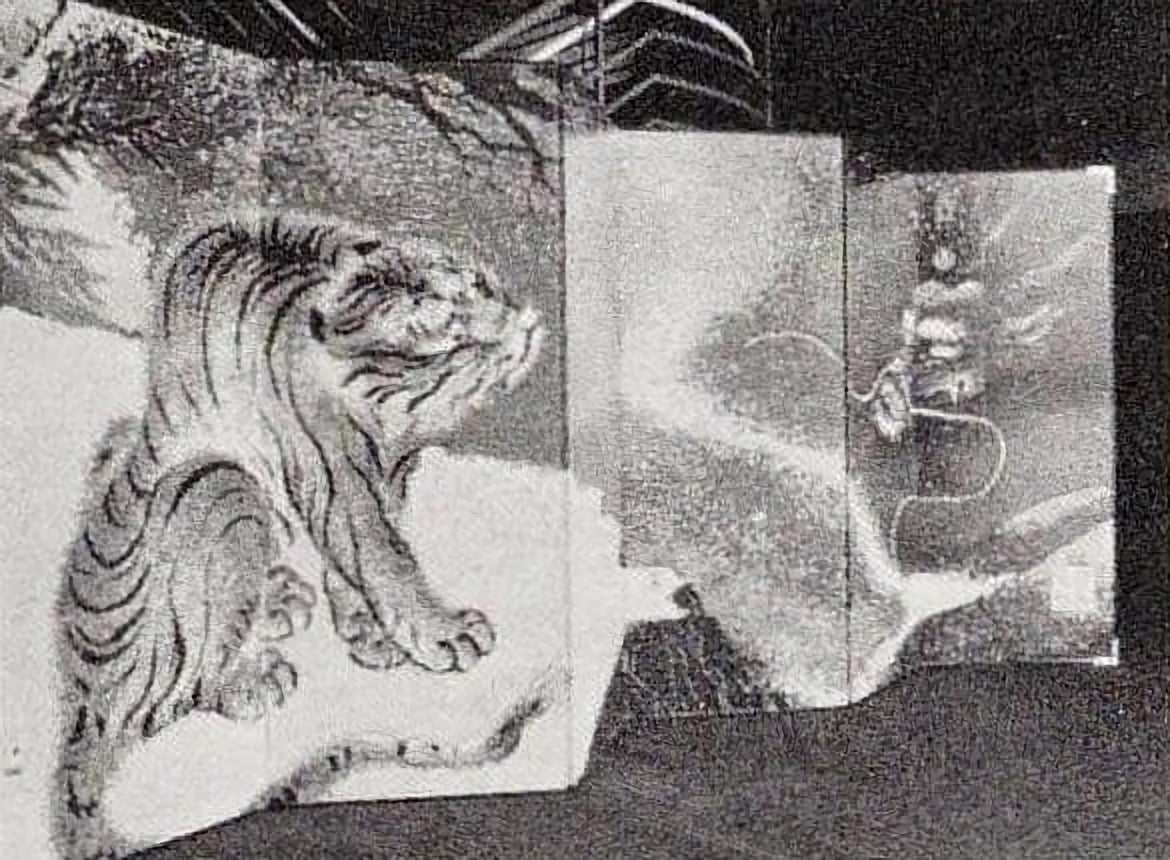 Below are some of my personal favourites. 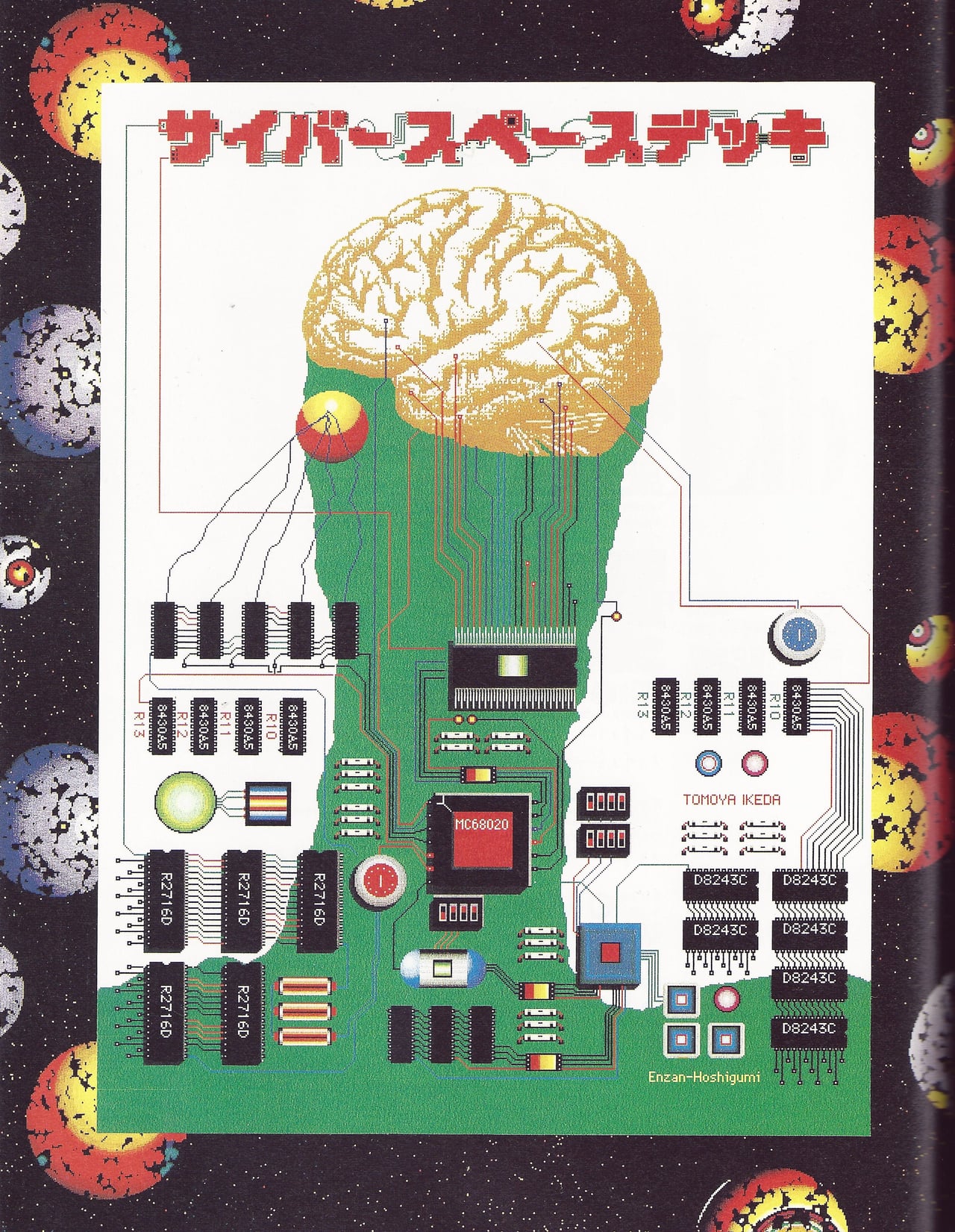 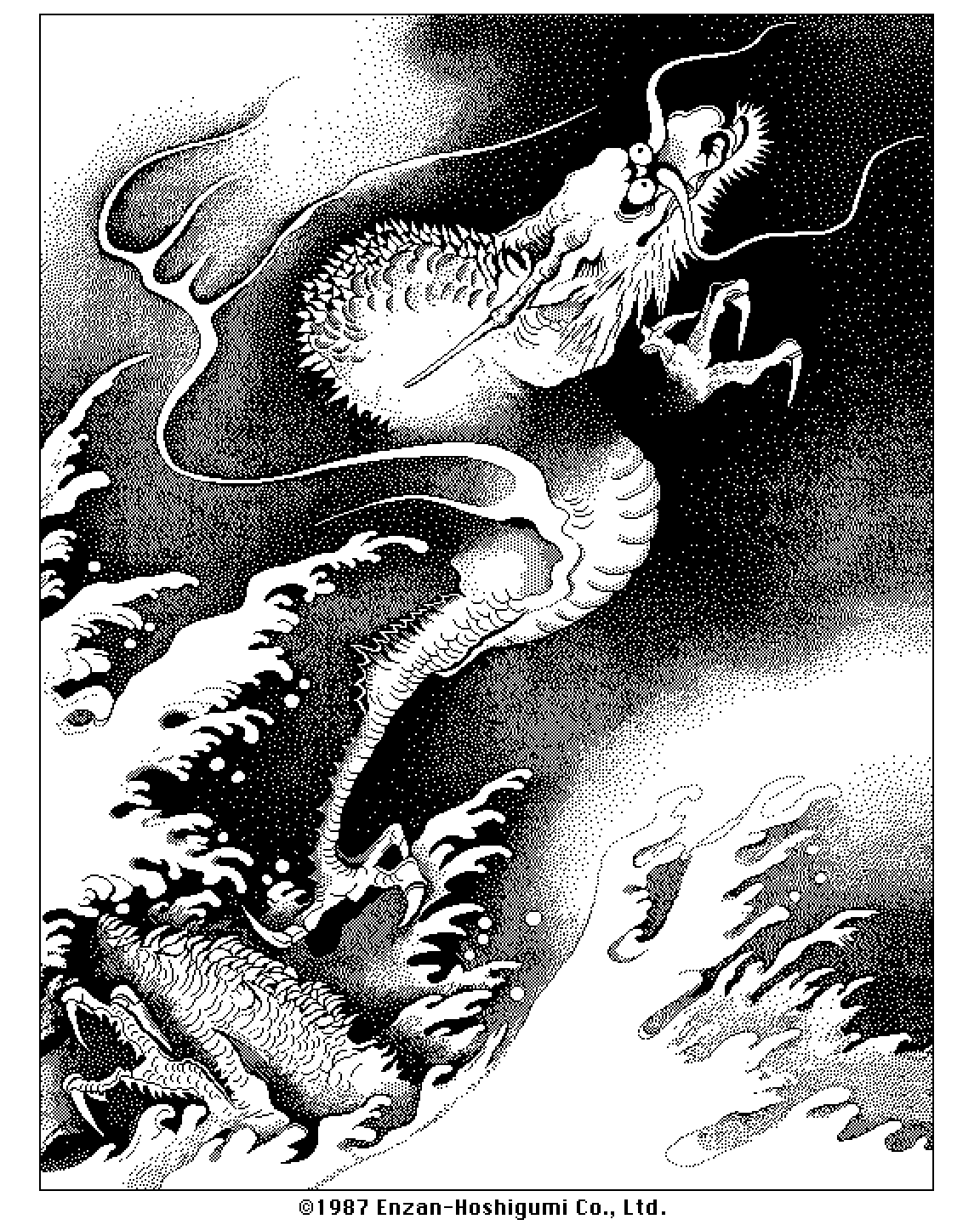 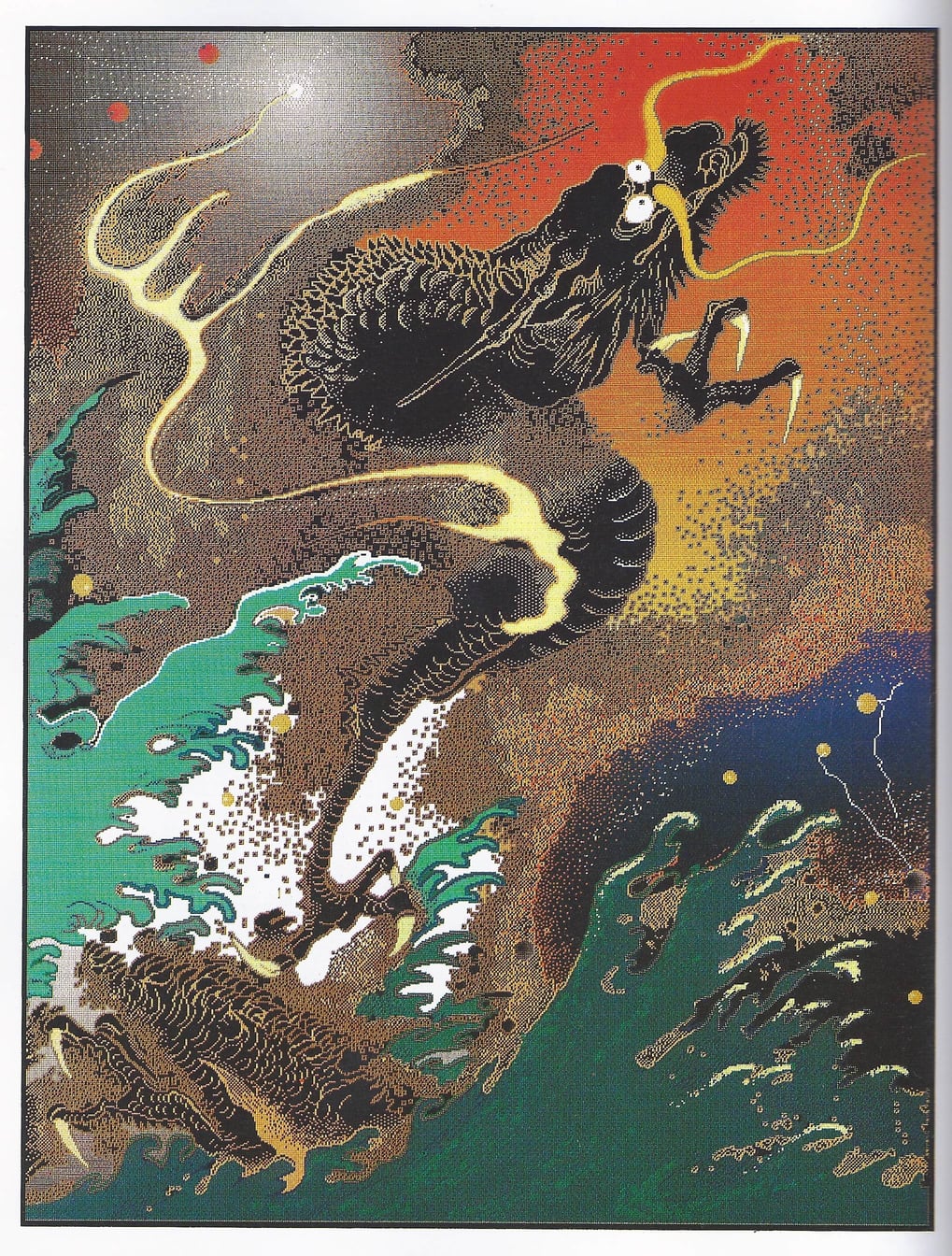 From 1988 Ikeda-san became fascinated with mandala — the circular figures representing the universe in Hindu and Buddhist symbolism — and would go on to draw many of them. A handful have survived in print, scattered across Macintosh graphics books published at the time. I’ve scanned those that I’ve found so far. 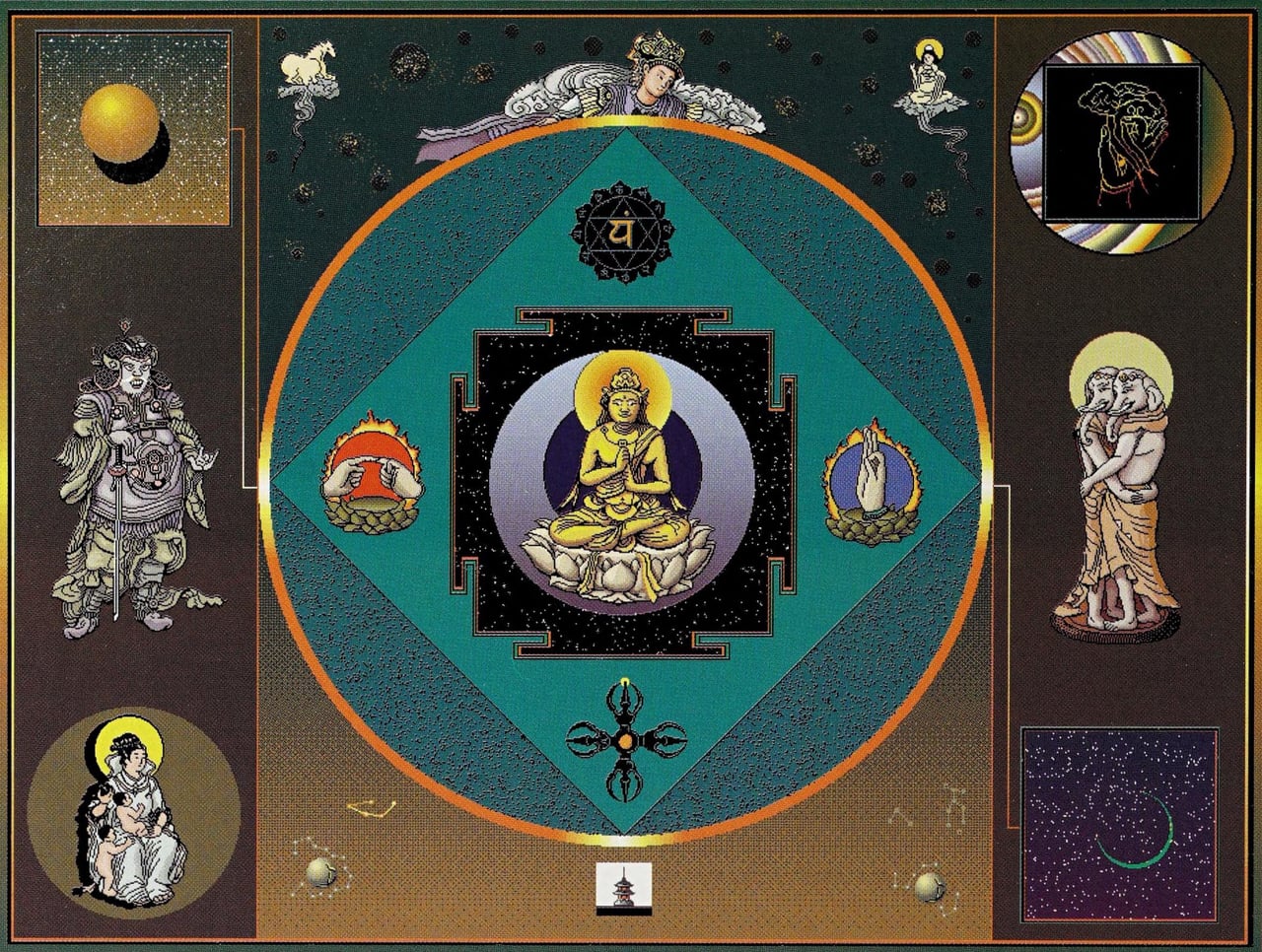 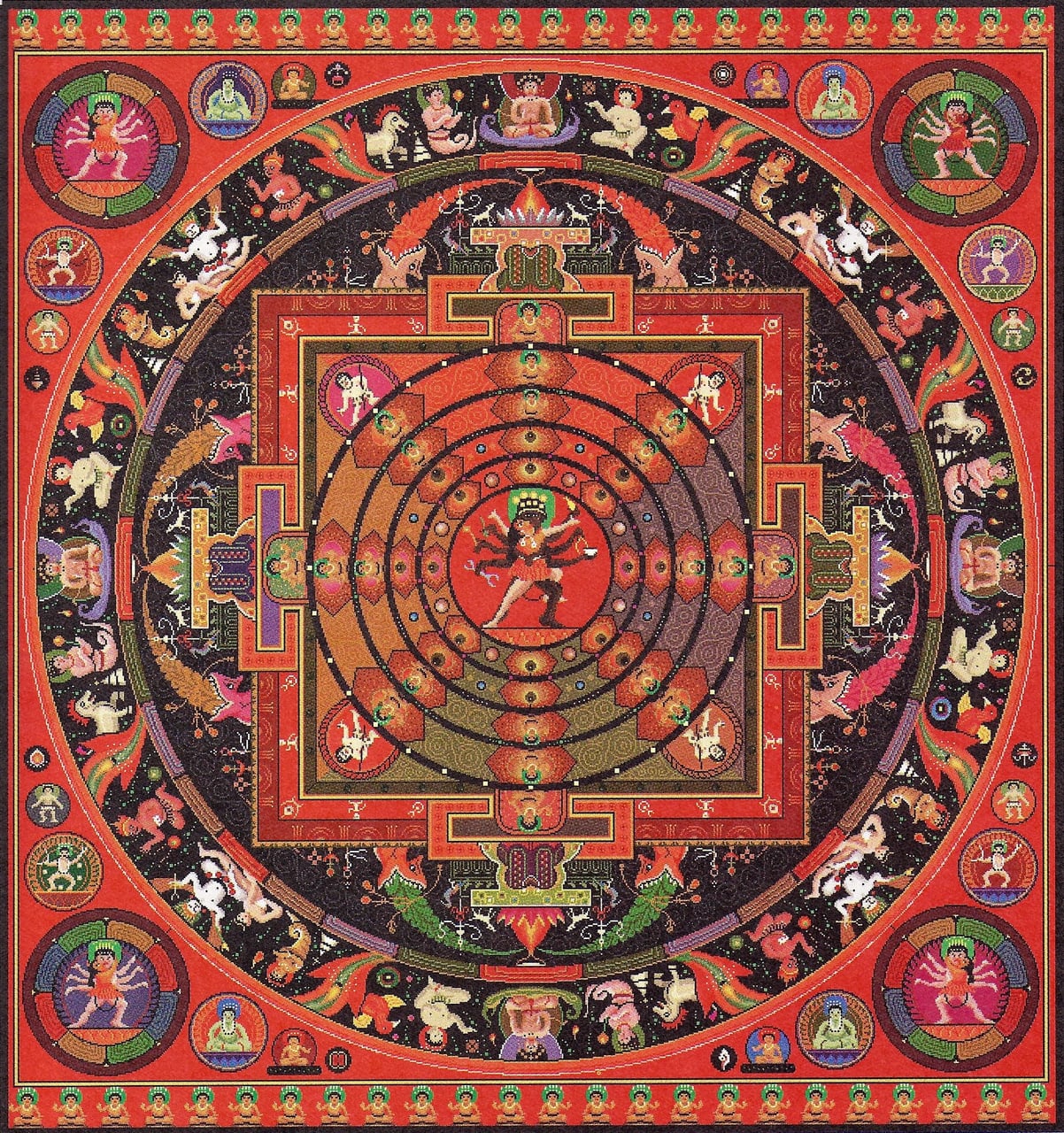 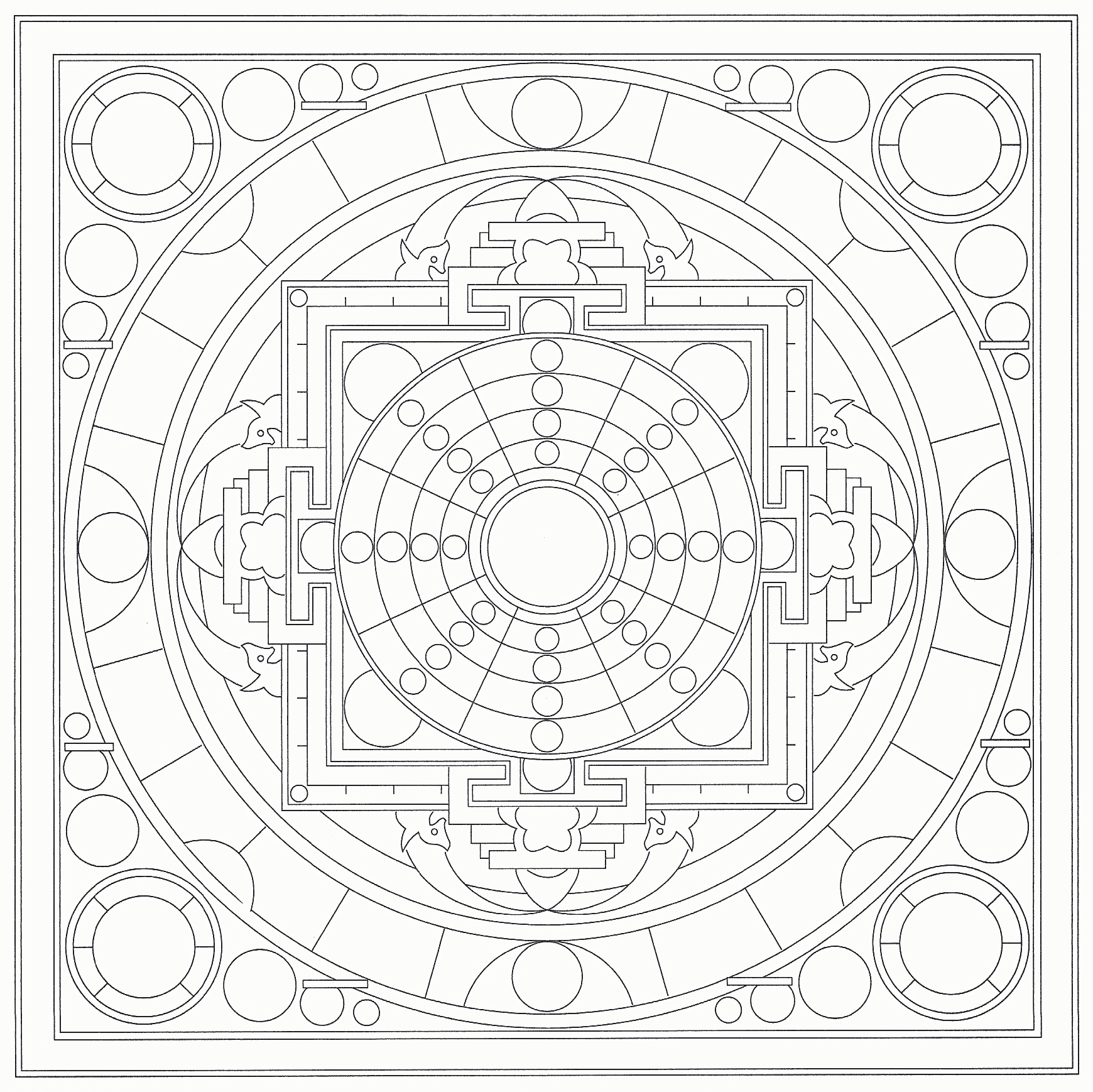 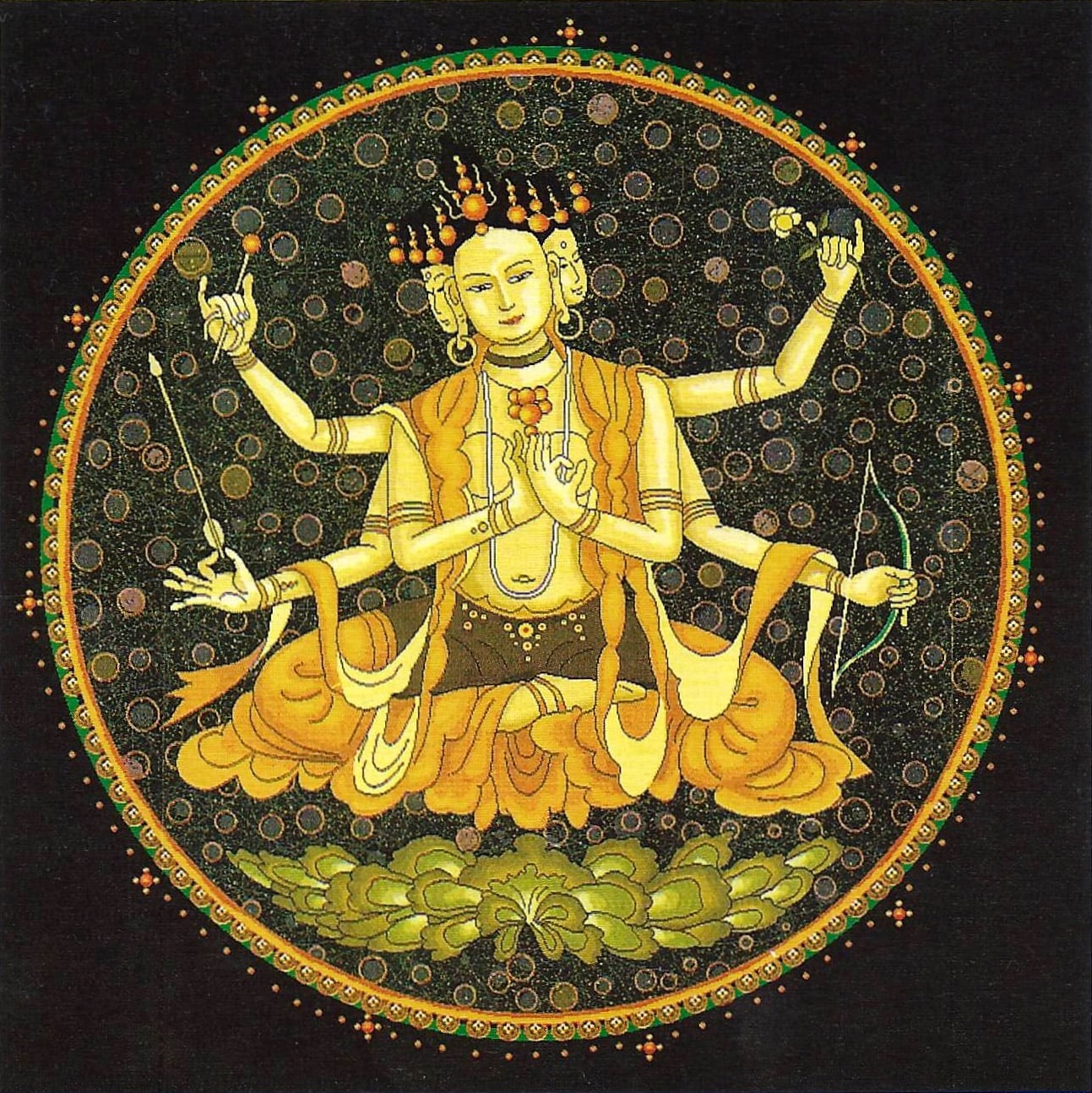 The life and times of Tomoya Ikeda

Timeline and memorial details taken from the p-media web site.

1959
Born in Tokyo
1983
Graduated from Tokyo National University of Fine Arts and Music, Department of Design.
While studying at the University, he became interested in computer graphics, and upon graduating he began creating his own works.
1984
Won the Grand Prix at the 2nd ASCII Software Contest for “Coron”.
Designed the arcade game “Dai-Kaiju no Gyakusou” for Enzan-Hoshigumi which was released by Taito.
1985
Awarded the Silver Prize at the International Exhibition of High Technology Art, for the work ‘Reincarnation’.
By 1988, he had designed many software products for the Macintosh, including “Dennou Emaki”, “Mac Shodo”, and “CyberSpaceDeck”.
1989
Moved to the United States.
Started CG production in Berkeley, California.
Designed “Flying Toaster” at Berkeley Systems, known for After Dark.
1994
Began translating and designing game software at the request of Palm Software in Silicon Valley.
1997
Planning and production of “Type Designer” at Palm Software.
1998
1,000 typographic designs for the “Type Designer” are created. Type Designer is released simultaneously in the US and Japan.
Sudden death from cancer in October, aged 39.
1999
Memorial exhibition “The World of CG: Tomoya Ikeda’s Digital Communication” held at the TEPCO building, Ginza, Tokyo.
Memorial speech delivered by Kazutoshi Otani (大谷和利)