Playing Hanafuda on Palm OS in a web browser

I recently found out that it’s possible to run Palm OS in a web browser, using https://cloudpilot-emu.github.io which is optimised for use on iPhone and Android, so you can use old Palm apps and run old games and apps on your smart phone!

I play a lot of video game hanafuda and out of all platforms Palm OS has three of the most interesting games. To play these games I carry around either an old Palm OS device (Sony Clié PEG-SL10) or an Android phone (Galaxy Fame Lite S6790) that runs an old Palm OS emulator. 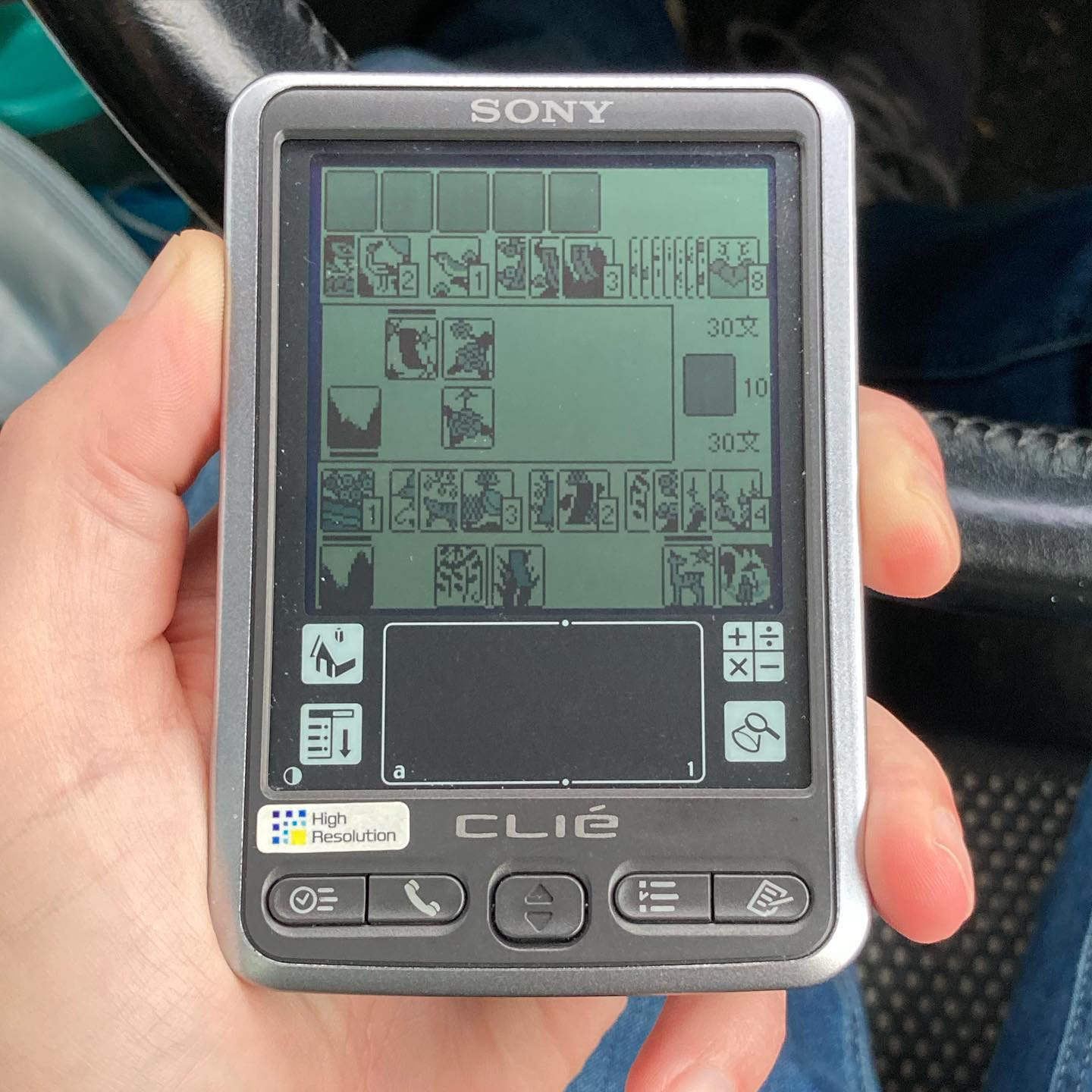 We’re going to use CloudPilot to create two Palm OS devices, both running in Japanese, and install the games we want to play. You could create English devices, but there will be issues with some text displayed in the games as they expect Japanese text support.

You can source alternative Palm OS system files from PalmDB. You might choose to add an English device to run other Palm OS games and apps.

Steps to play in Japanese, carry out twice to create one device each of Grey/Colour: