This collection is a British video game fanzine/magazine that ran from 1989 to 1993 for an almost uninterrupted total of 35 issues.

The first 8 issues went by the name PC Engine Fanatics which was a hand made fanzine/newsletter that was promoted in period magazines. The following 10 issues received a name change to Console Ma’zine along with expanded coverage of Sega’s Mega Drive, Atari’s Lynx, and Nintendo’s Game Boy as well as NEC’s PC Engine. The “final” 17 issues went by the name Electric Brain (taken from the Chinese word for computer) and it was during this run that, at least for a brief handful of issues, the fanzine turned into a proper magazine that was available to purchase from major newsagents on the high street.

After Electric Brain there was a year silence until GAP (Games Amusement Pleasure) followed for one last 5 issue finale, by which time the Internet had started to go mainstream and editor Onn Lee’s momentum finally waned after more than 15 magnificent years.

This publication is little known even in its native United Kingdom, but it is notable for featuring an English translation of an interview with Shigeru Miyamoto from the time of The Legend of Zelda: A Link to the Past_. This interview was next translated into English over 20 years later. There was a wiki page about these publications, but it fell victim to deletionists — but that’s a story for another day.

I’d like take this opportunity to thank Andy Harris for loaning me the majority of his collection of issues so I could scan and share the complete run rather than my few issues. I tracked him down a couple of years ago and thankfully managed to persuade him I wasn’t trying to steal his stuff! Thanks for trusting me Andy. 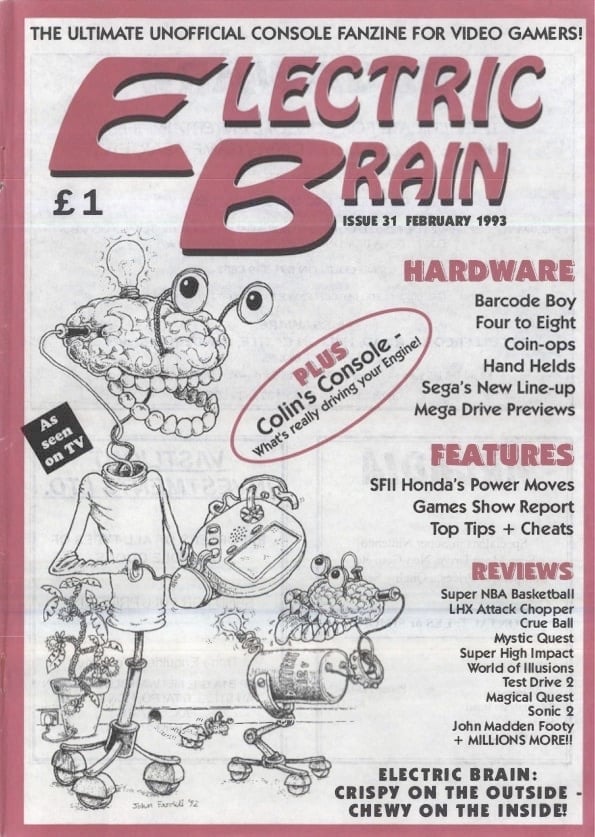