A movie made using MSX2 computers: The Flying Luna Clipper

The Flying Luna Clipper (フライング ルナ クリッパー) is an animated movie produced by Kan Tsuzurahara at Sony and directed by Ikko Ohno. It was released—only in Japan—on 8mm, Betamax, VHS, and Laser Disc, in October 1987.

It’s a quite surreal but relaxing 55 minutes, and well worth a viewing. If you plan to watch it, I’d suggest to do so now before reading any possible spoilers below. Come back later to read the rest of this post.

In 1987 Ikko Ohno was an illustrator and contributor at MSX Magazine and was well respected and well connected in the Japanese creative and computer industries. The artwork featured in the movie is typical of Ikko’s style at the time, visible in his frequent MSX Magazine column Ikko’s Theatre. Indeed, various artwork from The Flying Luna Clipper was featured in MSX Magazine as teasers, features and advertorials around the time of the movie’s release. It was announced after Ikko’s Theatre had been running for 6 months, as a 5th Anniversary Project of MSX Magazine, and was dedicated to Ichiro “お探り” Furutachi.

To me the piece feels like an extended intro sequence to a non-existent video game, a strange visual novel on automatic playback, a surreal slideshow, or megademo. There are several intermissions that can leave the viewer confused, unsettled, pondering the meaning of life itself. I feel that is quite apt as The Flying Luna Clipper was planned to celebrate the birth of Ikko’s first child, with work commencing shortly after he learned of the pregnancy. The movie was completed one month before the birth. Ikko told me: “I love this work like my child”.

The movie was created, incredibly, using only an MSX2. All artwork was drawn on that type of computer, and post production completed with additional video editing equipment attached to such a computer. I won’t go into the plot specifically, but it features a travelling snowman, performing bananas, the titular Flying Luna Clipper, and plenty of sun, sea and surf. It’s one of those things that could only come from bubble era Japan, and as the final credits rolled I felt incredibly lucky to have been able to witness it. 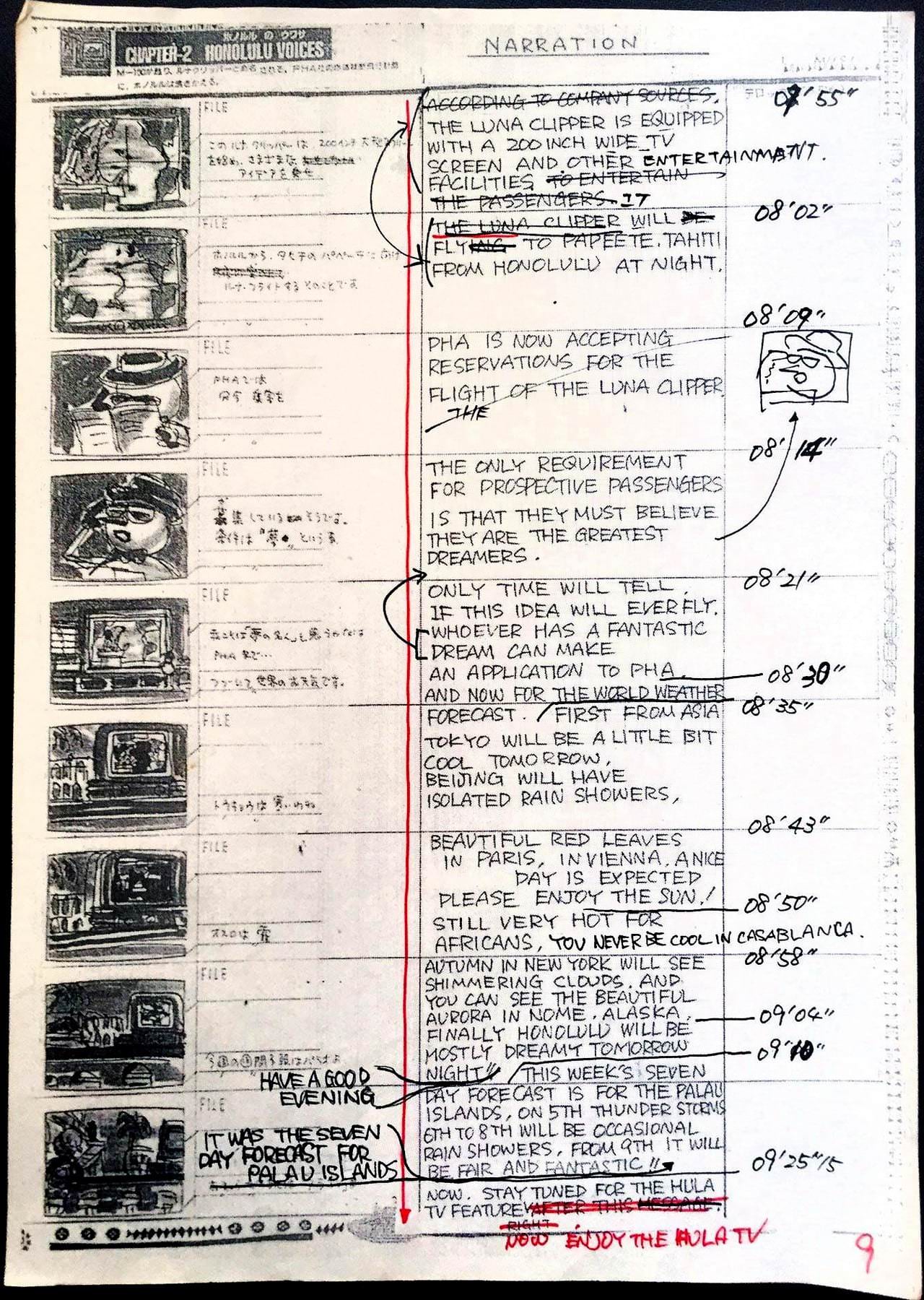 In 2004 an elaborate effort was made to promote a sequel to The Flying Luna Clipper, with an article in MSX Magazine Permanent Revival 2 that laid out the story alongside still images and included a set of calendar postcard, all curiously missing the month of October. Production of the follow-up movie never went any further due to issues with the feasibility of using the ancient MSX graphics tools. Though Ikko has since told me he dreams that someday Luna Clipper will fly again！

In 2015 Matt Repetski and Matt Hawkins at Attract Mode were kind enough to share a copy of the movie that had been ripped from Laser Disc by an anonymous source. Thanks to all involved for preserving this wonderful work for all time. And, of course, arigatou gozaimasu Ohno-san! 🙌