My favourite artist is Kawase Hasui (1883–1957) who was a printmaker during Japan’s shin-hanga (“new prints”) movement of woodblock printing in the early 20th century. I’m lucky enough to own a book containing his complete collection of his prints, as well as many other books featuring his work. He is known as one of the most prolific printmakers Japan has ever seen, with around 700 prints to his name and more still being discovered.

One perhaps little-known fact about Hasui is that he was really a watercolour painter. He would paint the original scene, and then his team of expert woodblock carvers and printers would execute a version of his painting.

The woodblock version would usually be different to the watercolour, not because the carvers and printers lacked the skill to match the original vision but rather because editorial changes would be made after the watercolour was complete. A boat might be moved or something added, all done without the need for a new watercolour and with the understanding that the master craftsmen would get it right in their execution. This sort of collaborative process was quite normal in the shin-hanga industry, and you can watch a video of Hasui and his team in action towards the end of his life.

And the variations don’t stop there: printed versions would differ from each other, sometimes deliberately by printing the same scene with different colours to give the appearance of different times of day, or with additional/substitute key blocks used to add weather effects like snow or rain to an existing scene.

All this to say that woodblock prints are far from unique - they were mass produced to be sold in quantity, largely as souvenirs.

As far as I know the majority of Hasui’s work are of Japanese locations, though there are a handful of prints of locations in Korea. Some other shin-hanga artists produced prints of locations even further afield, most notably Yoshida Hiroshi who travelled through the United States and later throughout Europe, Africa, India, and China, as well as his native Japan. Indeed, these prints are a great source of comparison with those later on in this blog post.

I thought it would be fun to produce images of locations from around the world in the style of Hasui: to see the world through his eyes even though he never visited these places. A “what if” series of images.

The stops on the Imaginary World Tour are mostly taken from one of my favourite video games, Pang, with a few extra locations added by me to round things out a little.

It’s important to understand the process that has generated these images. Midjourney is a neural network - think of it as an artificial brain - that has been trained by being shown billions of images and associated descriptions. This training set comprises many hundreds of terabytes of data collected from around the internet. After training the model retains only the understanding of what it has seen: none of the original images or descriptions are included. This is echoed by the size of the resulting model being only a handful of gigabytes, a tiny fraction of the size of the training data.

By prompting Midjourney with something like “Chichen Itza, in the style of Kawase Hasui” it will hallucinate an image from its understanding of those words. Just like you could draw a tree from memory, if asked. The important difference is that Midjourney has almost unbelievable recall and painting skills. Such image generators are new tools, as revolutionary as the camera. I feel that the process of prompting Midjourney to generate images and the requesting of subsequent variations has parallels with the shin-hanga process of going from watercolour to woodblock to prints.

This type of simple prompting in the style of an artist is morally contentious. In this instance I’m going to say it’s OK because I’m not trying to pass off the results as being “by” either Hasui or myself - they are just for fun.

The images below were generated by prompting Midjourney v4 in late 2022. You’ll be able to spot some quirks, impossibilities and various other errors in the paintings - such is the nature of generated art at this point in time. Interestingly, this was also the case with Japanese woodblock prints: they did not aim for realism but more of a dream-like representation of the subject matter. The images are mostly unedited: some small marks were removed from a handful of images, two were cropped, and one had perspective correction applied to it. 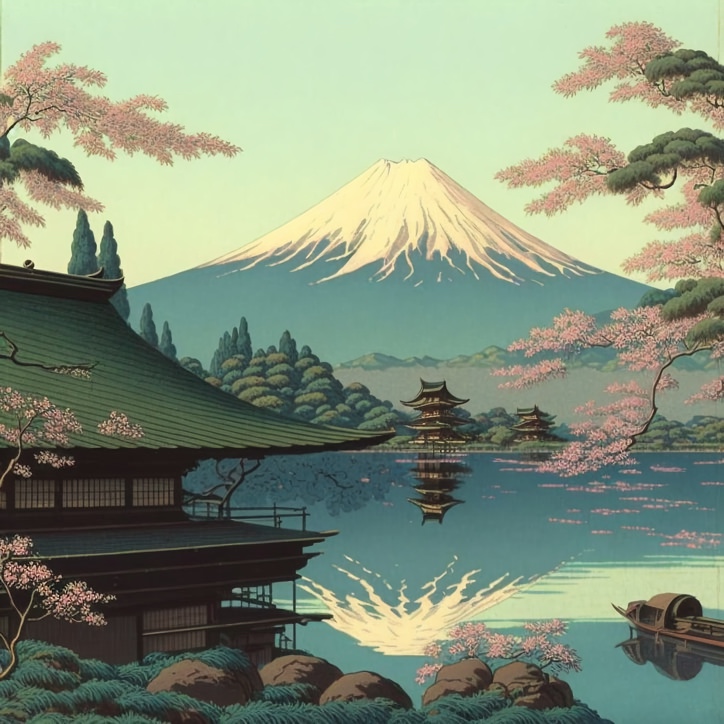 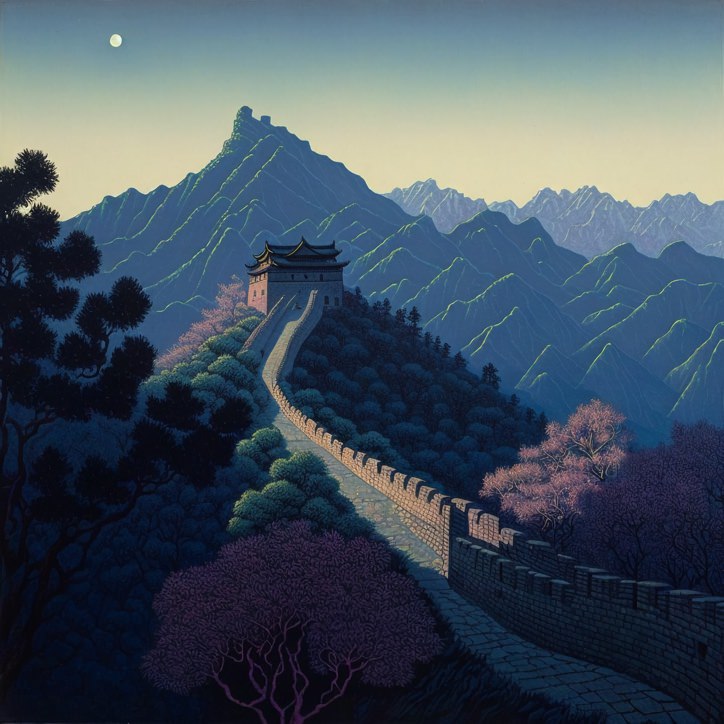 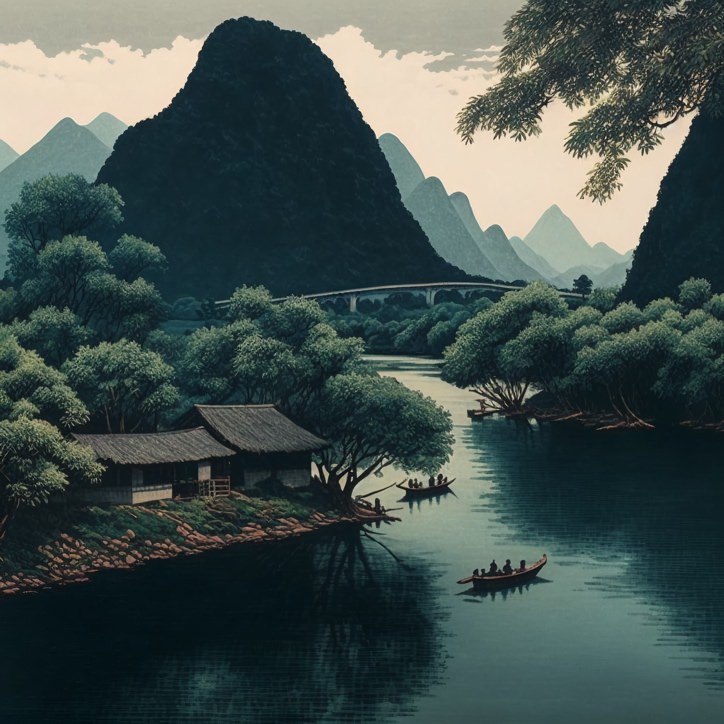 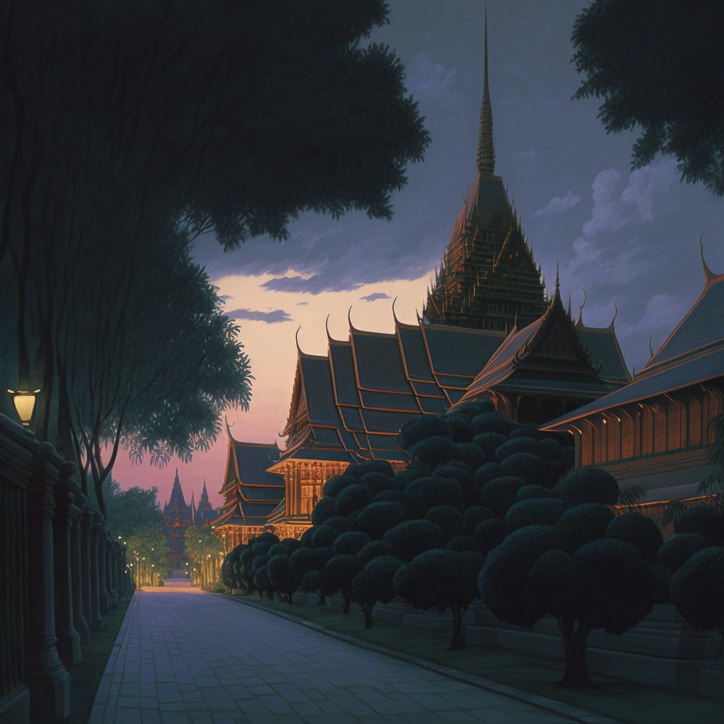 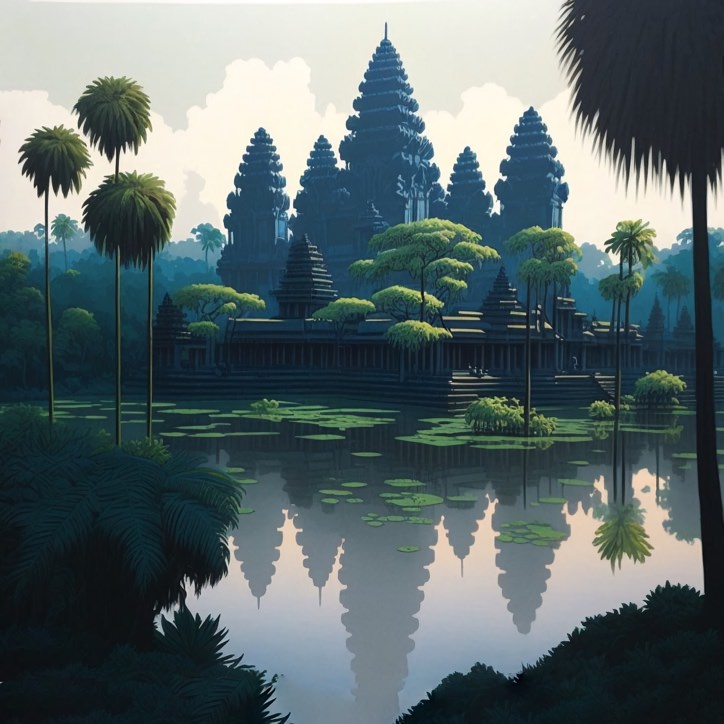 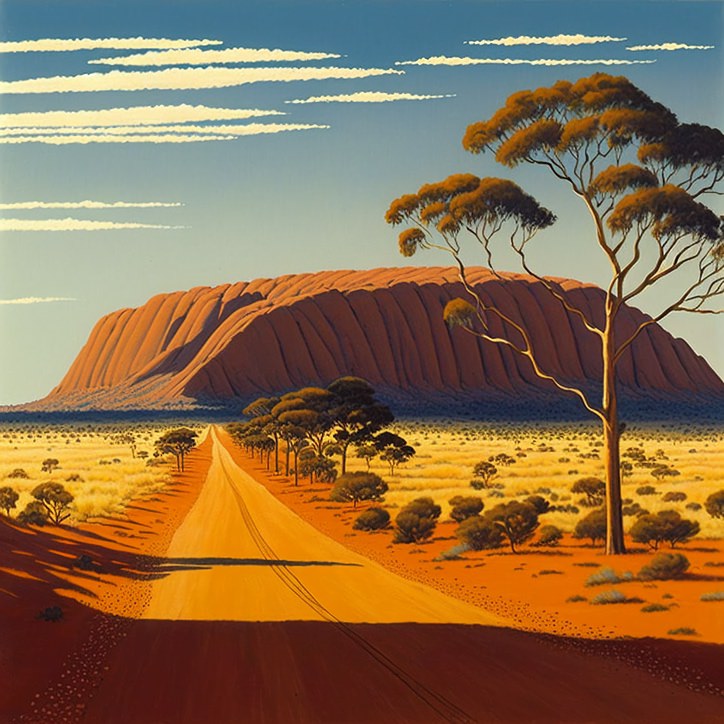 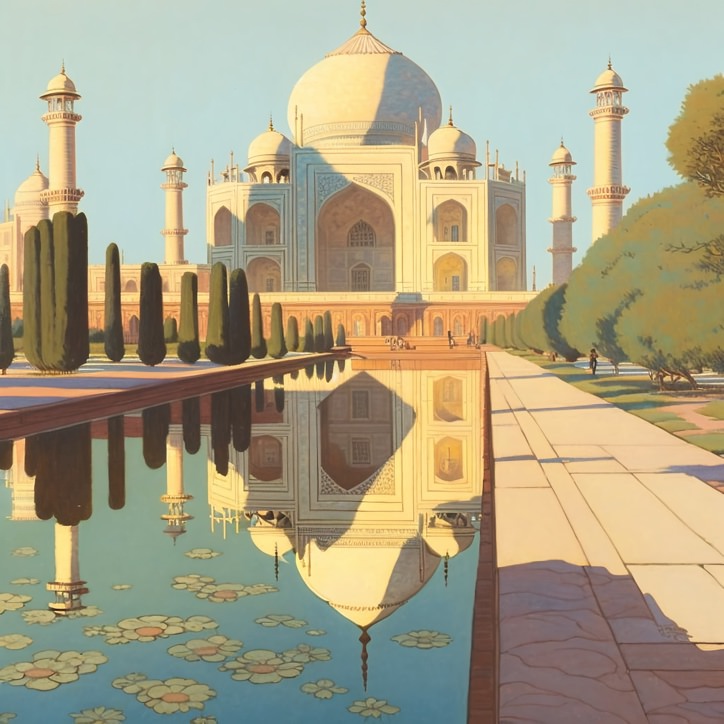 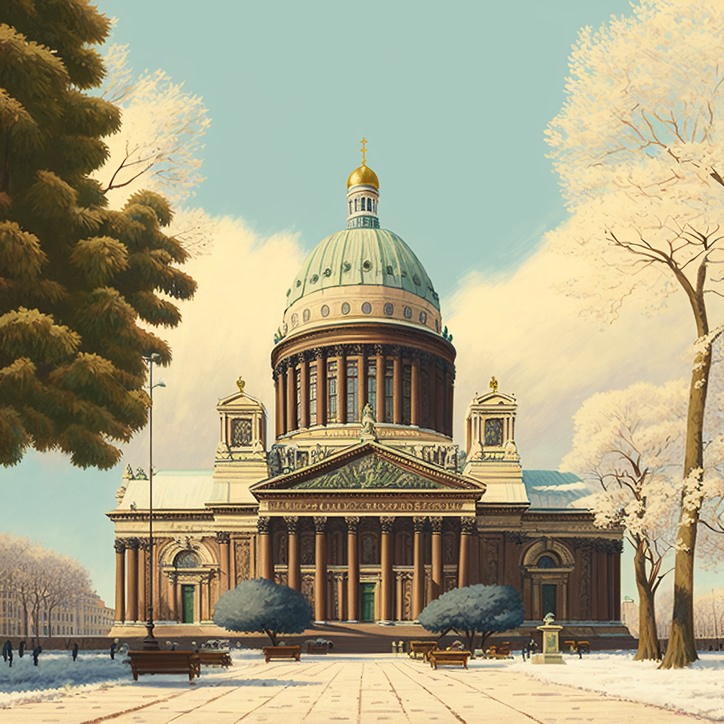 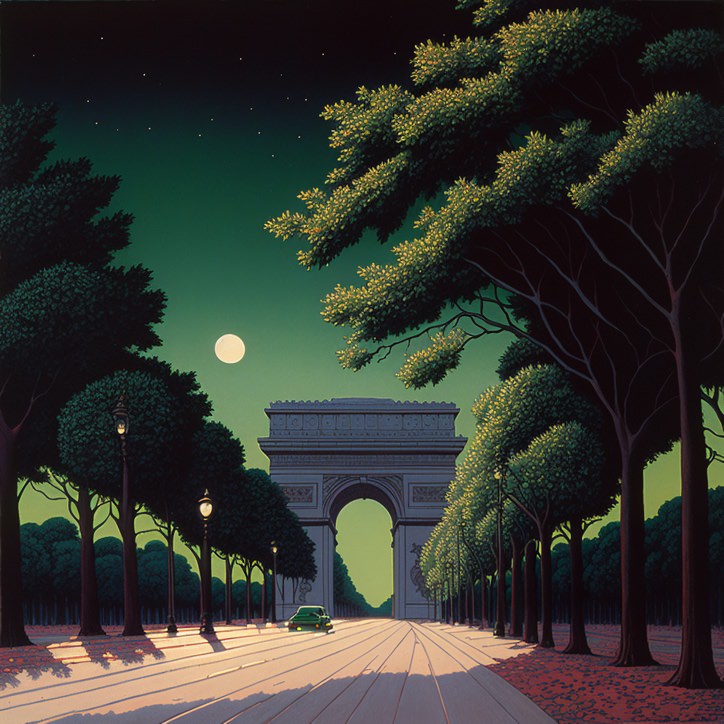 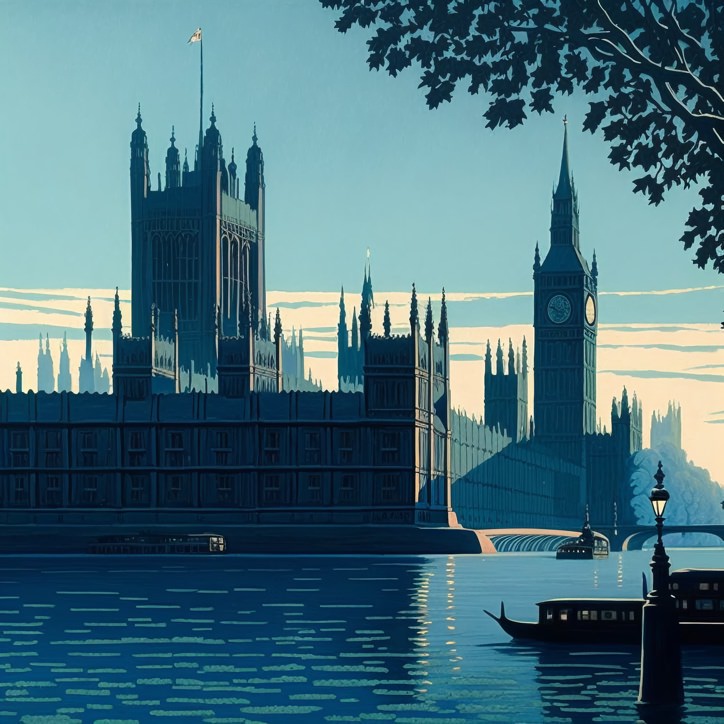 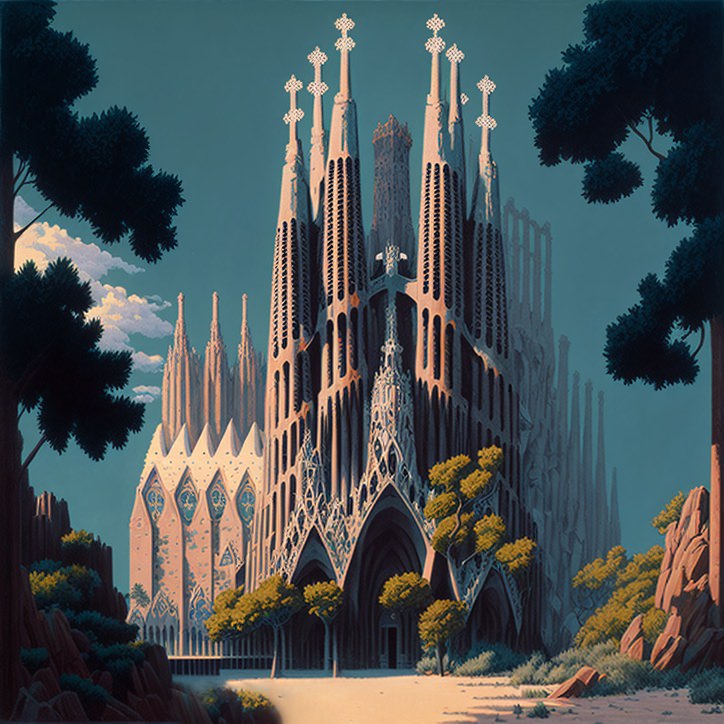 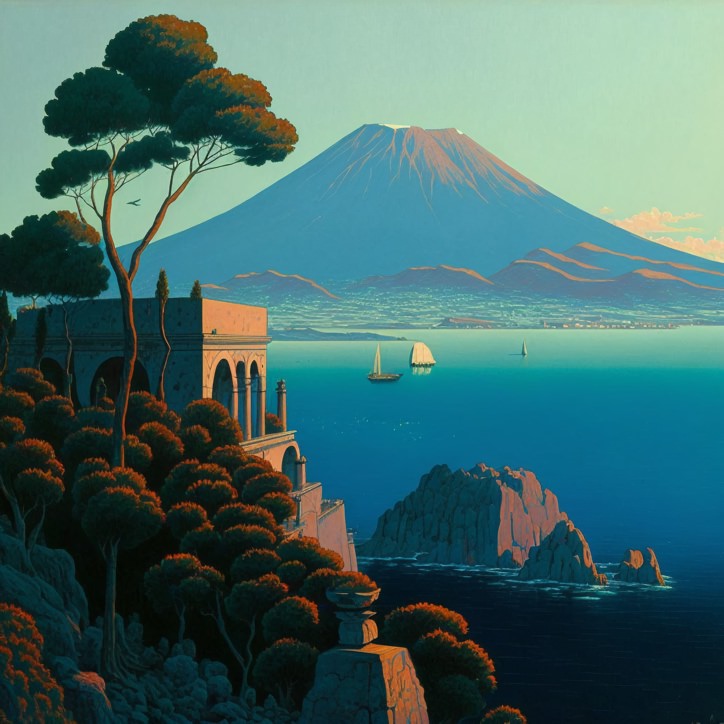 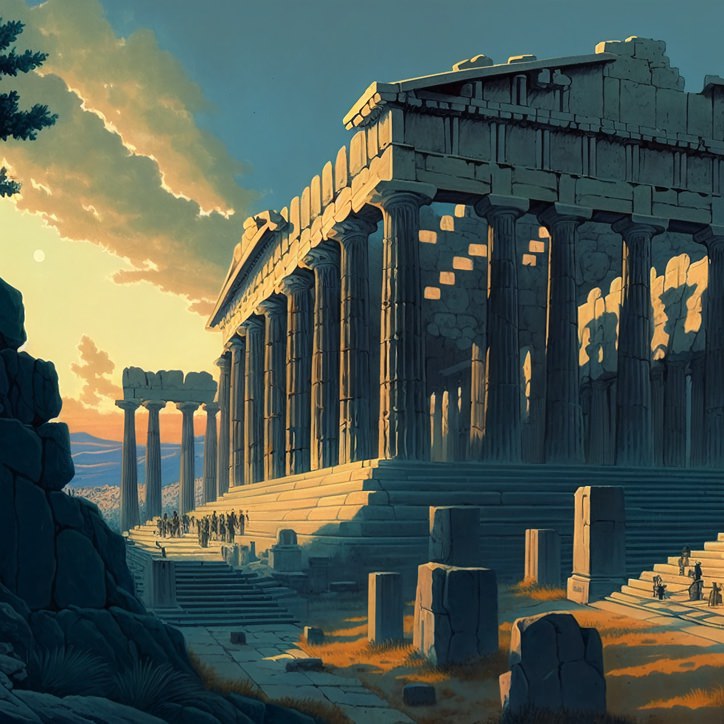 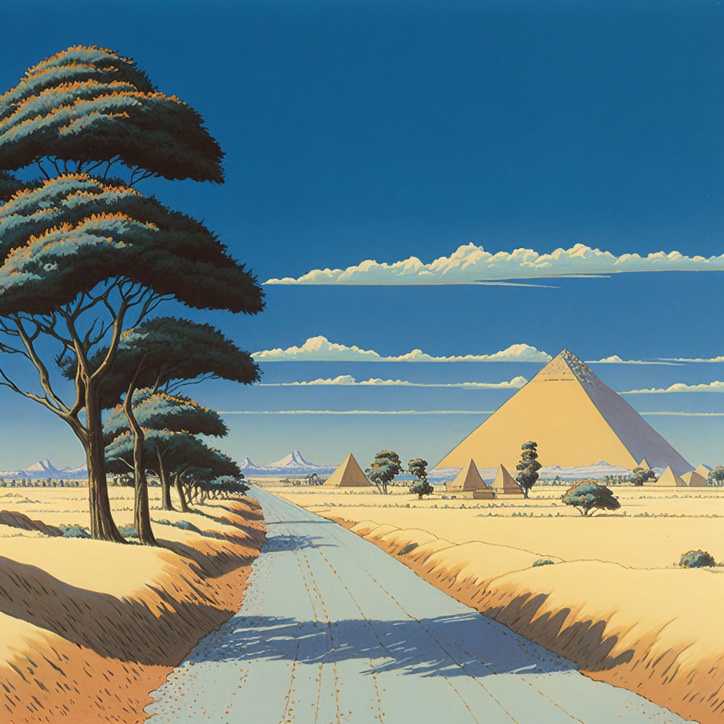 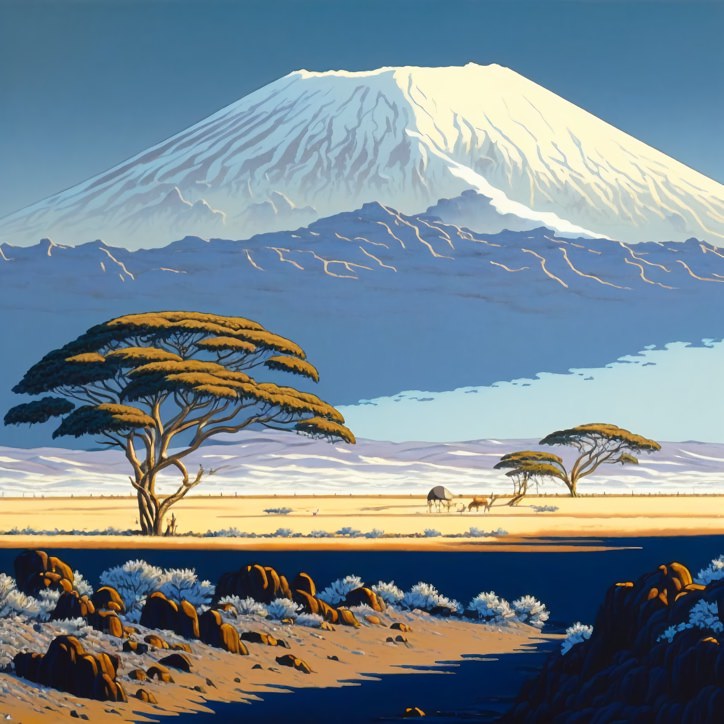 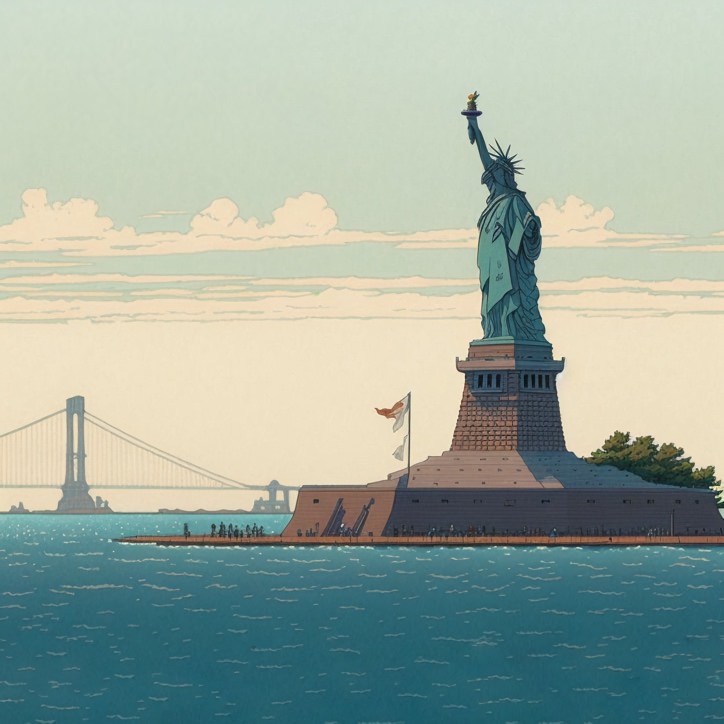 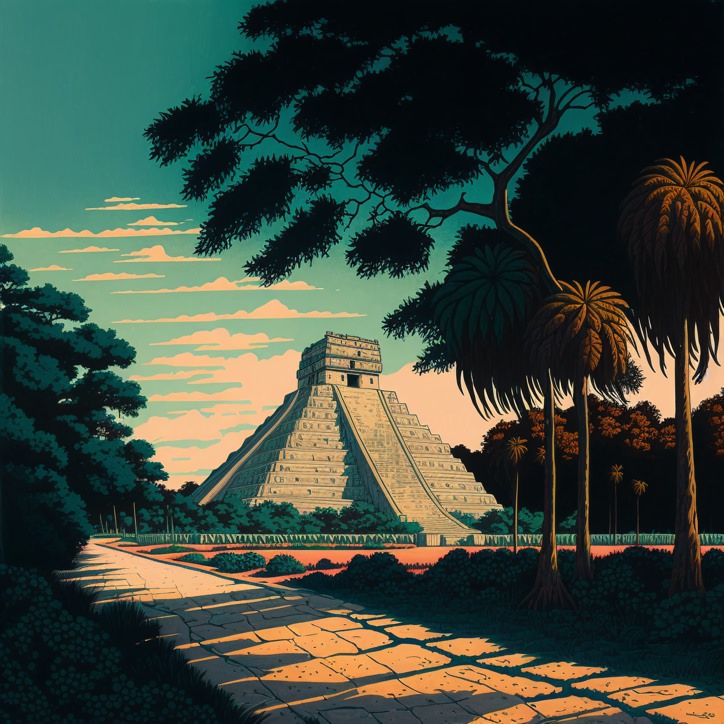 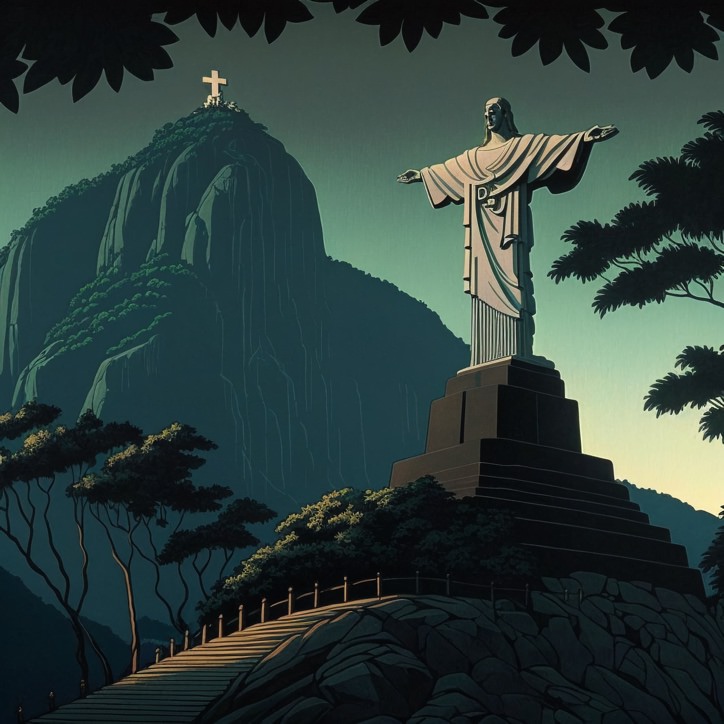 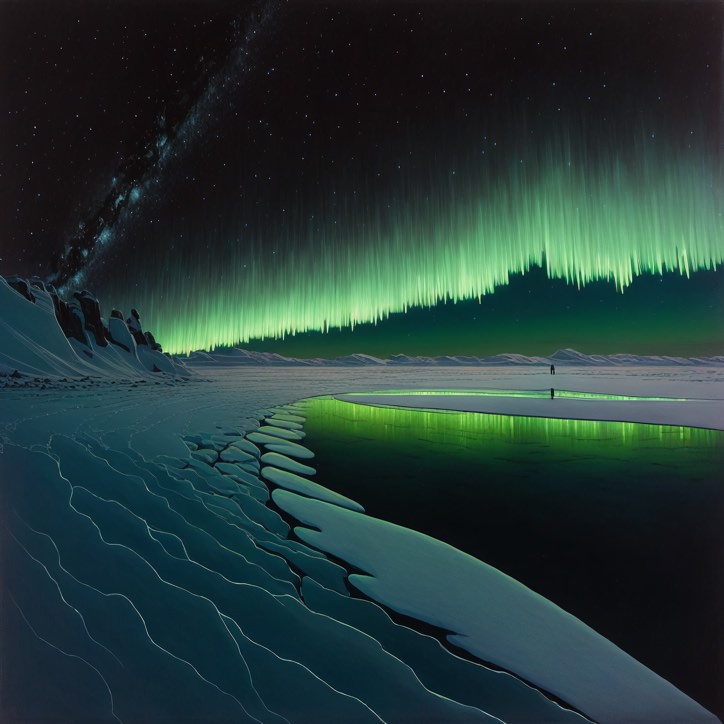 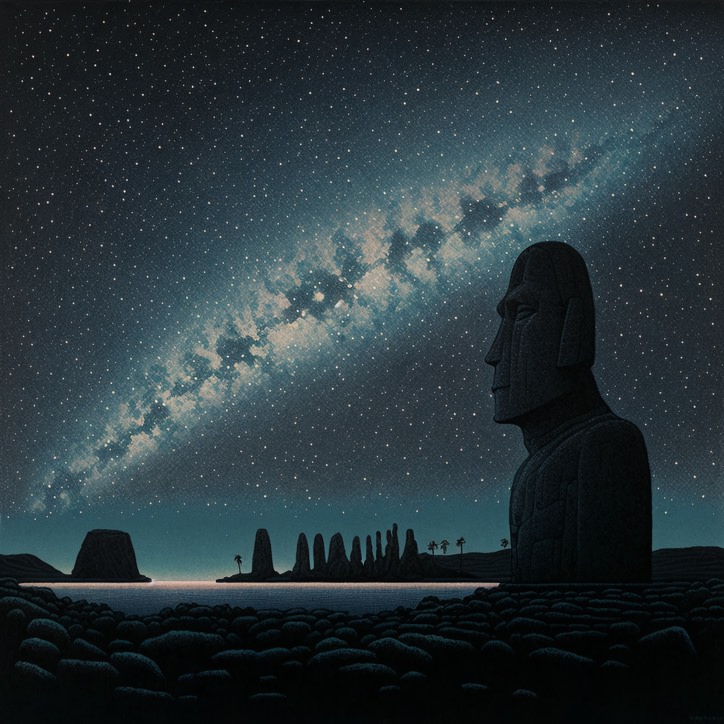